One time I was standing in line to buy some scratch off tickets, and there was this girl ahead of me who was paying for gas. There was a long line at the pump. This guy who was behind her when she was filling up told her in the nicest way possible to move up. For some reason she wasn’t moving up when it came her turn to do so. Then, when this girl got up to the cashier, who had nothing to do with the situation, this girl bellowed, “I have never been told to move up when I have been waiting in line for about three or four minutes.” I’m sitting there wondering if she had the slightest idea how assinine she looked at that moment. That kind of entitlement I don’t like.

One time I was waiting in line and I got cut. I was like whatever with the first guy. Then another guy walks in and cuts me so blatantly, once again. He asks for cigarettes and the register guy just ignores him and rings me up instead. I was eager to not let that guy cut me. I don’t know why but your story reminded me of this.

I used to be in a rush when I was working because I had to be on time, like every other worker bee.
I always had this tension, I have to do this and then that and then how can I get it all done before I make dinner get to bed and do it all over again.

I guess I was just a fellow rat in the ratrace.
But now I’m trying to learn, I have all the time in the world.
When people cut in front I have to remind myself, boy they just must have to get home first to feed their baby, pick their kids up from daycare, make dinner for the family, etc…

“So the last will be first, and the first will be last.”

So I don’t worry about it all any more. 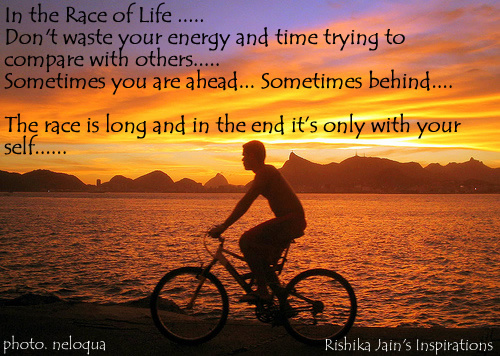 That is very commendable. One time this woman cut in front of me at the money center at the Wal Mart grocery store. I didn’t allow it, even though she was very persistent. I had been waiting in that line for about ten or fifteen minutes, which seems like forever when you’re doing the waiting. The business I had just took a couple of minutes. I had no idea how long this woman’s business would take. Also, that was the first time I had been in that grocery store, and I didn’t know where things were. I had about thirty minutes to shop for a week’s worth of groceries. I missed a couple of items because I was in such a hurry. I think that in this situation you have to play it by ear. It seemed to me like this woman was getting ahead of me just to establish a pecking order - to establish that I should always defer to her in line. If I think someone is in a legitamate hurry, and I’m not, of course then I’ll let them cut in front of me. But this time I think that woman was in the wrong.

well yes when i’m in a car with all this traffic and everyone knows there are lines for the exits. But there is always that jackass that has to cut in at the last minute.
I leave a space these days, one mere carlength, but I just don’t like accidents, or confrontations any more.
They may be packing and shoot you dead.

That’s very smart of you. You’re right. It’s not worth getting shot over.

Hope your area is kinder…

You never know where a maniac with a gun is likely to pop up these days. It’s better not to take anything for granted.

I learn quite a lot from this thread from three of you.

Cut queue can happen anywhere. There was one Korean girl who cut in front of me when clearing immigration at one of Australia’s airport.

And it is dangerous to have no gun control in your country, crimby & katwomansz. It is safer to be patient.