The spinning wheel of death

I’ve been getting this a lot with my firefox browser. It’s really frustrating. Using Google brings up a lot of web pages about mac and it. I’m using Windows 10.

Do you have an anti virus @firemonkey ?

Have you tried updating Firefox?

I use Avast free. Firefox is up to date.

How old is your machine? Never had this issue.

Only fix I could find was this; 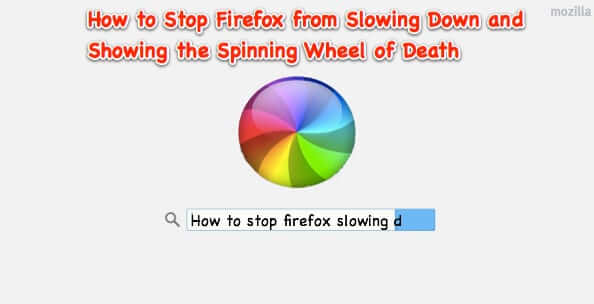 Firefox Slows Down and Gives Spinning Wheel? Try This!

If you find that Firefox starts slowing down, perhaps even displaying the spinning disk (also referred to by some as the 'Mac Spinning Color Wheel of Death') after a day or so of use, even after updating to the latest version of Firefox, try this.

Yeah, I had this recently too with Firefox. They load eventually it is just the website seems to be taking forever. I thought it was the servers more than the browser.

It’s just under a year old.

That wont work, it is doing on myne as well.

I had this mental picture of a motor bike spinning around one of those globes.

Award to month of August to @firemonkey for best title of a post that actually didn’t involve carnage!

I’m wary of reset. I’d be less wary if it kept the add ons.

Too many add ons causing the crashes?

I don’t know, my firefox is clean from anything. I also try to format my PC once a month.

Doubt it, probably because we are both in the UK. Might be a problem with the servers.

Too many add ons causing the crashes?