The Red Road - New TV Program with Person who has Schizophrenia

Julianne Nicholson, 42, has carved out a career on television, with long-running roles on “Ally McBeal,” “Law and Order: Criminal Intent” and more recently, on HBO’s “Boardwalk Empire” and Showtime’s “Masters of Sex.”

She has also starred in independent films including 2009’s “Brief Interviews with Hideous Men” and 2012’s “Keep The Lights On.”

The actress will next be seen playing a schizophrenic mother on the Sundance Channel’s new series “The Red Road”, a gritty crime thriller exploring tensions between a small town community and a Native American tribe, premiering February 27.

At the Sundance Film Festival earlier this month, the actress spoke to Reuters in between parties for “The Red Road” about exploring drama on screen and who she really bonded with on “August: Osage County.”

Q: Your character Jean in “Red Road” has a multitude of issues to tackle. What drew you to her?

A: I just thought Jean was amazing. She’s got so much stuff going on. She’s an undiagnosed schizophrenic, which she has been trying to keep on top of for 17 years. She’s been able to and now the pot boils over and it’s time to deal with that.

Q: What was your biggest challenge in the role?

A: I found this job to be very hard, mostly just the character and trying to be true to her experience but also living in that place for nine weeks. I don’t bring it home with me but it’s still - I don’t want to give anything away - but some of the things you go through, obviously it’s fake, but your body is going through the actions of these things. So it was very exhausting and I just was trying to do it right. 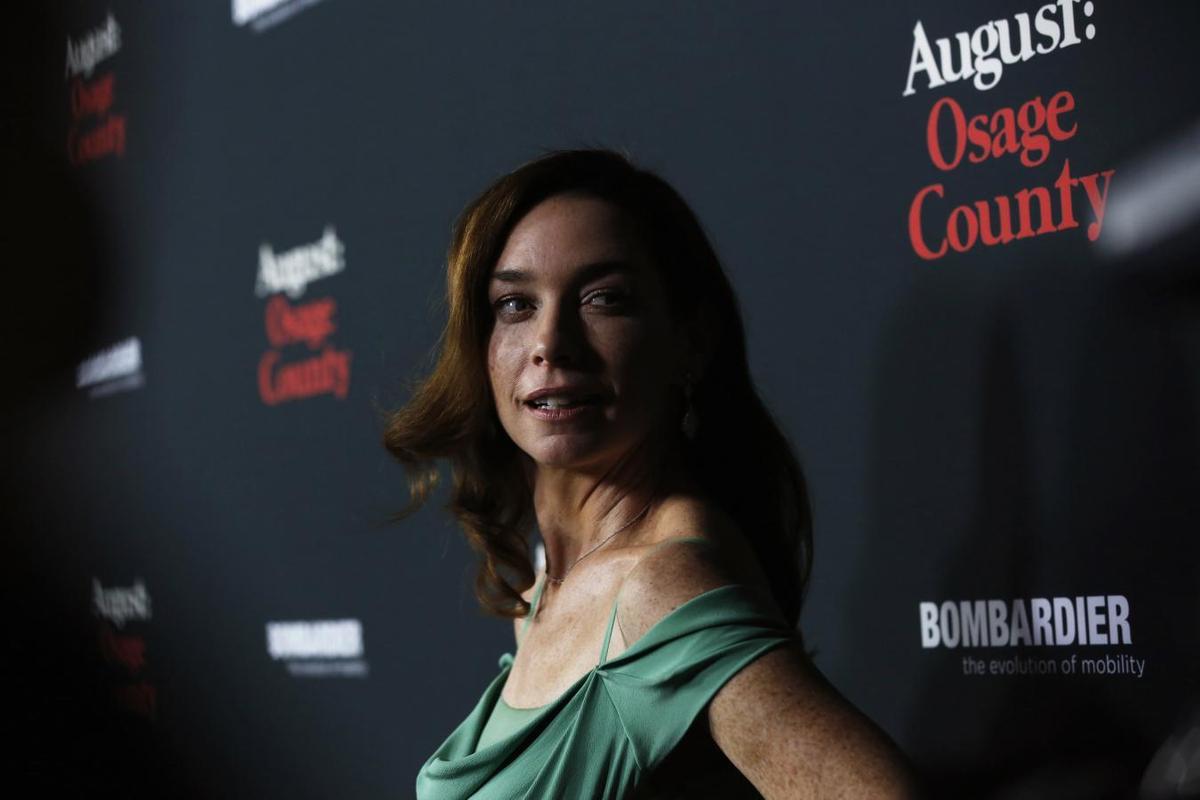 A Minute With: Julianne Nicholson on drama, schizophrenia and Julia

What would you do if you found yourself in the middle of a dinner table fight with Oscar-winning actresses Meryl Streep and Julia Roberts?

I have a feeling this isn’t going to be a positive portrayal of a schizophrenic.

Terrible tragedy and cover up? Sounds like more dangerous schizophrenics to me.

When I went to look it up this is what I got.

Sheriff Harold Jensen, who is trying to keep his family together after a cover-up involving his recovering alcoholic wife, soon finds himself partnering up with a dangerous member of the Ramapo Mountain Indian tribe in an area bordering New York and New Jersey.[3][4]

As much as I think this is going to be a typical stigmatizing show, I still have hope that it will be good. Jason Mamoa is in it and he was ok in Game of Thrones. I didn’t like his Conan movie but I do see potential there for an interesting character.

I’ll end up watching it. If it’s junk, oh yeah I’ll be raising hell. But I’ll try to be open minded about it till I see it.

When I went to look it up this is what I got.

Sheriff Harold Jensen, who is trying to keep his family together after a cover-up involving his recovering alcoholic wife, soon finds himself partnering up with a dangerous member of the Ramapo Mountain Indian tribe in an area bordering New York and New Jersey.[3][4]

strange i got this:
A drama centered arround A band of samurai
as they navigate the Greenwich Village folk scene of 1961.

This show was on last night I think. I’m getting a copy now to watch today.

Hmm…not sure. I do have a copy now, I skimmed it and it looks legit. Maybe someone got a hold of it early?

Everything I see does point to the 27th as the premiere. Did I say I have a copy? Umm…

Ahh, looks like you can get it early “On Demand” at Time Warner Cable.

I just watched it. Meh. The two male leads seemed interesting but the rest of the show was weak. I had expected more.

The portrayal of the supposedly schizophrenic wife wasn’t very nice. She was referred to as crazy multiple times by other characters, ran around with a gun scaring people, then ran over and killed a kid in a hit and run. All in all she was cast in a very negative light.