The Real Link Between the Psychopathology Spectrum and the Creativity Spectrum

Plato once noted that “creativity is a divine madness, a gift from gods.” Romantic notions of the link between mental illness and creativity still appear prominently in popular culture. But ever since scientists started formally investigating the link, there has been intense debate. Some of the most highly cited studies on the topic have been criticized on the grounds that they involve highly specialized samples with weak and inconsistent methodologies and a strong dependence on subjective and anecdotal accounts.

What has become much clearer, however, is that there is a real link between creativity and a number of traits and characteristics that are associated with mental illness. Once we leave the narrowed confines of the clinical setting and enter the larger general population, we see that mental disorders are far from categorical. Every single healthy human being lies somewhere on every psychopathology spectrum (e.g., schizophrenia, autism, mood disorders). What’s more, we each show substantial fluctuations on each of these dimensions each day, and across our lifespan.

A major issue in attempting to scientifically study the link between the various dimensions of psychopathology and creativity is the outcome measure. What should we be predicting? Because here’s the thing: Creativity also lies on a spectrum, ranging from the everyday creative cognition that allows us to generate new ideas, possibilities, and solutions to a problem, to the real-world creative achievement seen in publicly recognized domains across the arts, humanities, and sciences. Therefore, the link to psychopathology spectrum disorders may differ depending on the outcome.

Enter a new study by Darya Zabelina, David Condon, and Mark Beeman. They examined whether levels of psychopathology in a healthy non-clinical sample are associated with creative cognition and real-world creative achievement among a group of 100 participants, aged 18-30. None had been hospitalized for psychiatric or neurological reasons, and none abused alcohol or drugs.

The researchers measured creative cognition by having participants imagine hypothetical scenarios (e.g., “What problems may arise from being able to walk on air?”) and having them create pictures out of incomplete figures. They measured real-life creative achievement by having participants catalogue their prior creative achievements across ten creative domains (visual art, music, dance, architectural design, creative writing, humor, inventions, scientific discovery, theater and film, and culinary arts). For example, in the music domain, questions ranged from “I have no training or recognized talent in this area” to “My compositions have been critiqued in a national publication”.

They found that both real-world creative achievement and creative cognition (as rated by four independent judges) were significantly associated with two personality traits: psychoticism and hypomania. These findings remained even after taking into account prior academic achievement test scores.

Psychoticism is characterized by impulsivity, sensation-seeking, and proneness to psychosis. Many of the items on the psychoticism scale measure oddness of thought and behavior, such as “Other people seem to think my behavior is weird”, “My thoughts are strange and unpredictable”, and “My thoughts often don’t make sense to others.” In a clinical setting, extremely high levels of psychoticism may be cause for a diagnosis of mental illness, but this finding suggests that in the normally varying general population, there is an association between these characteristics and real-world creative achievement.

Creativity was also associated with hypomania, a mood state characterized by high energy levels, rapid mood fluctuations, and racing thoughts. Some items on the hypomania scale include “I am frequently in such high spirits that I can’t concentrate on any one thing for too long”, “I have such a wide range of interests that I often don’t know what to do next”, and “Sometimes ideas and insights come to me so fast that I cannot express them all”. Again, in a clinical setting, extreme levels of this trait may require rehabilitation. But this finding (and the findings of prior studies) suggests that in the general population hypomania is associated with creative achievement. 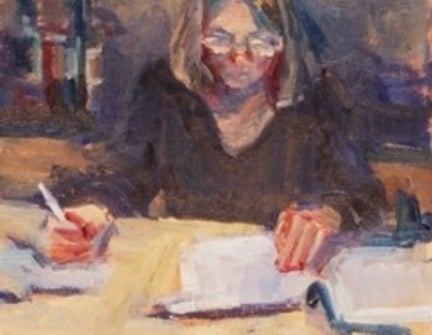 The Real Link Between the Psychopathology Spectrum and the Creativity Spectrum

Plato once noted that “creativity is a divine madness, a gift from gods." Romantic notions of the link between mental illness and creativity still appear prominently in popular culture.

I agree. At one point as my Risperdal was fixing my psychosis there was a brief period where I could actually control my visions with my imagination. Wish I could have frozen the recovery right there, would have been like having a Google Glass computer in my head at all times

Some articles I came across while writing that seem to tie in with this.

What's a "thinking cap" -- and could it make me a genius?

Must One Risk Madness to Achieve Genius?

Must one risk getting lost in the sea of madness in order to reach the lone island of genius?

I used to be fairly creative when in a more acute stage of illness but as I’ve gradually slipped more and more into chronicity the creative juices have flowed less and less.

@BarbieBF Thanks for the links.

one of the reasons i did not do meds is because my creativity was completley obliterated by the med i took.
i could hardly put a sentence together i was so dosed up let alone paint a picture.
take care