So my wife has been binge watching these terrible movies lately.

The latest was this guy rents a basement apartment from a woman and lives downstairs. It is so incredibly lame, they actually title the movie “The Killer Downstairs”!

Not giving anything away there! Nope, not at all!

“What’s the title of this film? The Killer With the Bad Toupee?”

Lol. I’ve been known to watch stupid movies before. But I’m getting better at choosing them 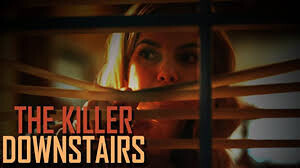 I am incredibly critical of media. Even shows/bands I like - I still notice when they aren’t on form and produce something below standards. I feel like “most people” have really low standards when it comes to media. Or I just have incredibly high standards.
Either way I often dislike things “most people” find enjoyable.