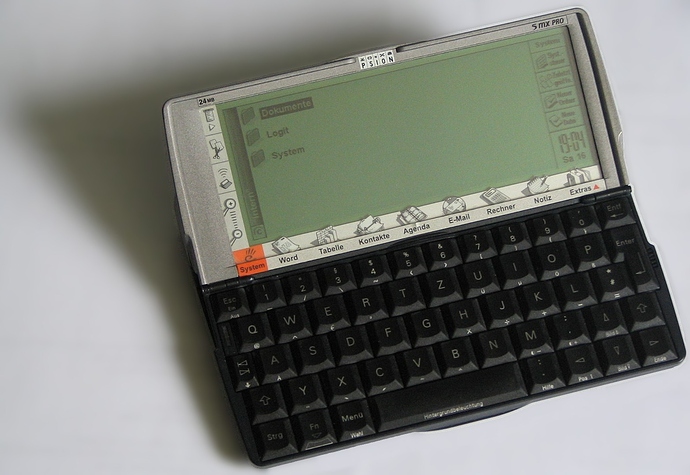 I worked for the sole distributor of Psion UK in my country back in 2000 and I actually missed the Psion palmtops or handheld devices, e.g. Psion 5mx, Psion Revo, Psion Workabout and Psion netBook.

Psion was a designer and manufacturer of mobile handheld computers for commercial and industrial applications. The company was headquartered in London, England with major operations in Mississauga, Ontario, Canada and additional company offices in Europe, the United States, Asia, Latin America, and the Middle East. It was a public company listed on the London Stock Exchange (LSE: PON) and was once a constituent of the FTSE 100 Index. Psion's operational business was formed in September 2000 from...

Psion withdrew from the consumer devices marketplace in 2001.

Aaaaaah it’s awesome I want one!

I had one. It forgot everything if you left the battery run down. I loved it though.

Had one too. Was so hi-tech at the time.