The discovery of a ‘negative regulator’ in the brain 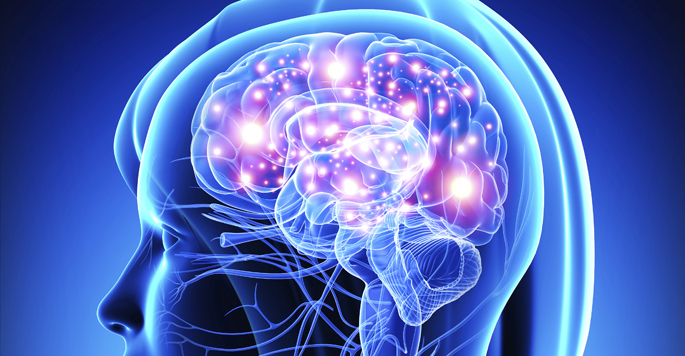 The discovery of a ‘negative regulator’ in the brain alters understanding of...

Terunaga Nakagawa and the Vanderbilt Brain Institute discover new qualities of GSG1L, responsible for activity in the anterior thalamus.

I always, always suspected GSG1L to be the culprit! But no one would believe me…

Yes me too, I’ve always said it was GSGL1. I know everything about GSGL1, probably more than anyone in the world. But the media censored me. Fake news!

Vanderbilt really seems to be doing some great work.

Neurotransmission is facilitated through glutamate receptors. One of these, the AMPA receptor, is responsible for the brain’s ability to learn and remember information. Its functionality is directly connected to various cognitive disorders including autism, Alzheimer’s, limbic encephalitis, schizophrenia and strokes.

Nakagawa’s team of researchers … have discovered evidence that an auxiliary subunit of the AMPA receptor and brain regulator GSG1L, which was discovered in Nakagawa’s lab in 2012, slows down brain cell activity in the anterior thalamus. This section of the brain is critical for memory formation, processing navigational information and seizure initiation.

AMPA receptors are ideal targets for drug development because they are a ‘worker bee’, facilitating and modulating different actions in the brain.”

The new Caplyta med works on AMPA and NMDA receptors, users of it here didn’t have improvements in negative symptoms…

During the first month after the sz birth ,and when the bilateral conflict scenarios arise between the original psychological user And the parasitic entities ( conscious pathogen) throughout the exchanging the higher information (ideas )

Two phenomena appear on the conscious state of the human being;
The first is the inability of a specific mechanism to suppress the sequence of the phonetic thoughts that issued by the psychological parasite (pathogen - the things that you call hallucinations) in the time-place of the person’s conscious state

the second is the lack of response of this mechanism to the distress calls that be issued from the psychological will of the user ,therefore the mind of this user becomes like as if the mind is a driver of a car without break most time of waking

NOTHING inside or outside can stop (mute) the sequence of the vocal transmitters of pathogen ,because the pathogen (the emitter of the spoken transmitters ) is not a neuron ,or it is not a part from the brain structure !!

It seems that,as if the primary task of the brain is to control (regulate) the speed of the original transmitter during its pass from the emitter cell to the receptor cells
Adjust the transmitter speed by specific degree, so that the process of transmission and reception takes a period of time ( T seconds) that allows the mind to read (understands) the thought’s meaning ( the meaning content of the cognitive message that be carried by the transmitter )

According to the concepts of classical knowledge about the essential nature of Sz;
A genetic disorder or anatomical change in the brain causes the
symptoms of a medical condition called SZ schizophrenia .
This is unreal

According to the realistic phenomena,processes and inner events, the SZ causes (fabricates) a chemical change in the brain by action of external factor called Hallucination
So that:
the person’s will and immune system can mute (inhibit ) the personal thoughts sequence ,but cannot inhibit the audible vocal thoughts because they are issued from stranger body (hallucination) who is not a part from the genetic material

In general,IF THERE IS a chemical disorder ,it is not Self-Origin at all ,this is the principle core for the difference between what is real and unreal !!

For may reasons,do not keep in mind the mythological believe that the hallucination is a human genetic expressions or a productions of mental functions