The 1911 pistol helped win world war two. It was a .45 automatic colt pistol (ACP) ammunition single stack magazine auto loading pistol that helped us beat the nazis. And though it held only 8 rounds of ammo, the knockdown capacity of the .45 ACP pistol stood out in the trenches and out gunned the nazis 9mm luger.

Now a days, our soldiers in the army use a beretta m9 in that same round, 9mm luger…

Until delta force pioneered and began developing the (2011).

Delta force came out with a single stack 1911 pistol offered in the powerful 10mm. And counterterrorism forces agreed that the needed power of the 10mm was there and they intended to use it…but they only used it in a single stack magazine 1911. 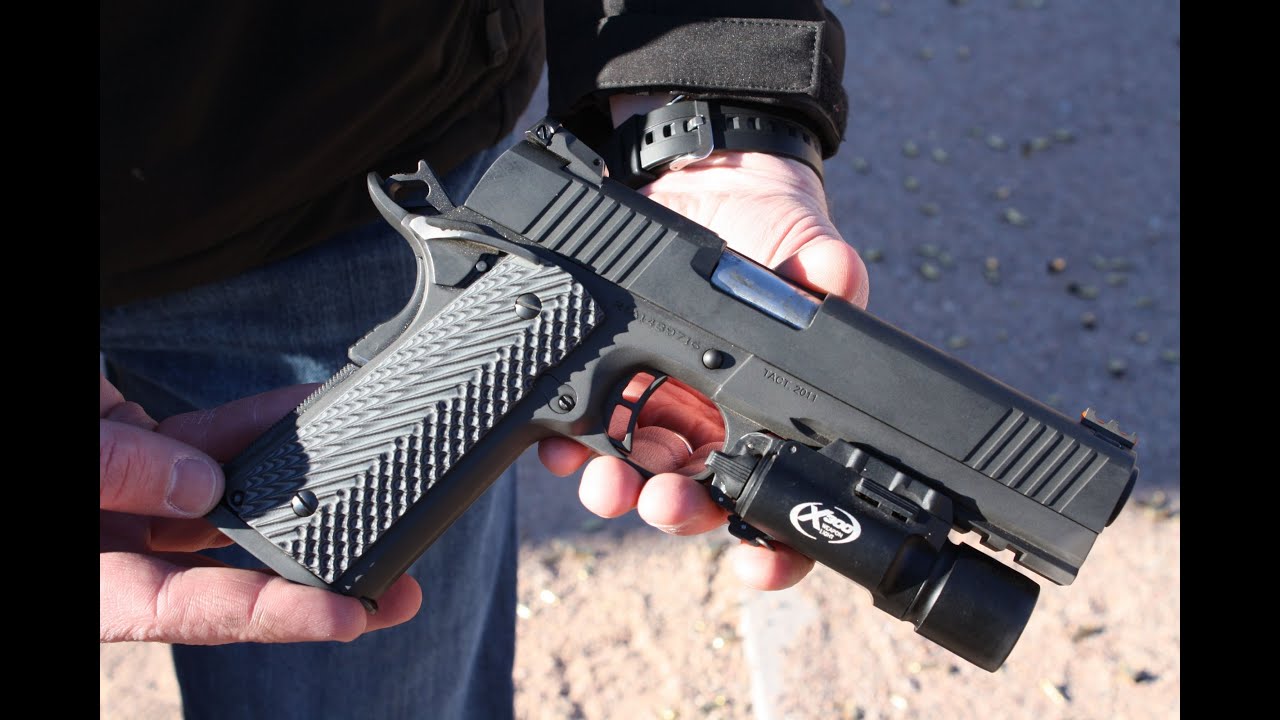 As you can see this is a 10mm, DOUBLE STACK MAGAZINE 10MM at that-weapon that has a surefire x300 light on it. We have an x300 surefire light on our home defense weapon too. ANd I have to admit, having a beveled double stack magazine well that holds 17 rounds of ammo in armor piercing 10 MM is just something to experience.

Get shooting, and don’t forget that airsoft is safer!

stuck with a 10.5 foot/pound springer.