I used to wish so hard to teleport myself out of my skin, out of my life, out of a certain situation.

Would you and where would you want to teleport yourself in this very moment?

And, if you could inhabit your own worlds, how would they look like?

Well if I had fur it’d be cool to live on a nice quiet ice world.

If it had lots of birds food would accessible… bird’s the best meat anyways.

As far as teleporting… SOAD said it best.

You know that every time I try to go where I really want to be it’s already where I am… BECAUSE I’M ALREADY THERE!!!

Well, as for me, in this very moment, before it’s too late; Santa Maria. Or Avila Beach.

As for the imaginary world, something like the indescribable and hybridized land of “Adventure time” where creatures change their genders and all humans have a superpowers and where Princess Bubble Gum and vampire girl Marceline lives.

I used to wish that aliens from another planet would beam me up from earth. I guess that counts as teleportation.

I would teleport to my giant castle in South Africa that I just constructed with my mind. It’s floating on an island in the sky so no one can come up there but me and there are dragons there. And unicorns. omg!

That sounds fantastic! I love unicorns

Teleportation may destroy you ( kill you) and then recreate you. So in essence you would kill yourself and then your atoms would reassemble. So you wouldn’t be you, would you? Teleportation seems cool as long as nothing goes wrong. But unfortunately it’s impractical because the amount of data needed to store your atoms positions would fill several Empire State buildings or more. Plus uncertainty principle states you cannot know both the velocity and position of elementary particles, so it is impossible. But they are currently figuring out ways around this using approximations.

But if teleportation worked and was safe, I probably would teleport inside a bank and teleport out with bags full of money to get myself out of poverty. I would then move to a nice city or an island and retire comfortably. I wouldn’t need too much money. Perhaps just a million.

"The first step to teleporting a person is measuring and recording the position, direction of motion and energy of every particle in the body, which would require more data storage than will ever be available – much, much more.

In fact, a conservative estimate would mean you’d need about 10^22 gigabytes (1 followed by 22 zeros) of hard drive space. That’s a stack of hard drives about 20 light-years tall." 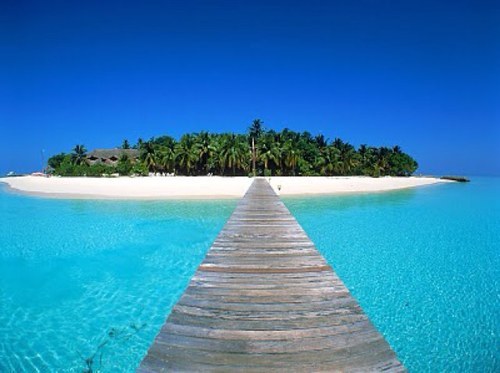 I personally don’t lust for places but I would like to teleport myself to summer 2013 where I was high all the time and extremely motivated and euphoric for no reason. Now that I think about it, I don’t know why I was like that for a long period of time. Maybe switching meds messed up my brain but damn it I was so happy and driven

On the other hand, I have 9 days to leave for vacation

Where are you going?

Beirut. Lebanon. where I was born

all of my family is there

Wow, awesome!.people make fun of me when I say I would like to see Iran. But its a country with such amazing culture…
How is life there when it comes to human rights?

I have a lot of persian friends, would love to visit too. Beautiful country and very talented people.

Human rights does not exist over there, it’s worse than you could imagine or hear from the news. Other than a lot of political problems and civil war which lasted 30 years, there was a war between Israel in 2006 and a lot of people died. But we have a really lively culture and you can make a decent happy living over there. Good food, beautiful mountains by the sea, great nightlife, etc. You should visit if you get a chance some day. Maybe make a tour of some countries in the middle east and gulf region.

Can you hire a maid in Croatia?

Hah, political problems and beautiful nature, sounds familiar.
Hire a maid? How do you mean?

a maid or nanny to live with you in your house, do your cooking and cleaning if you can’t do it or have some reason.

I know in USA rich people have butlers and maids that live with them and personal chefs.