A group of researchers from Canada and the UK have changed a single gene in the mice’s DNA to block a specific enzyme, called PDE4B, which is responsible for distributing such hormones as adrenalin in the organism, but is also allegedly connected to such pathologies as schizophrenia or manic-depressive illness.

As a result, the research team, led by Steve Clapcote, a lecturer in pharmacology at Britain’s Leeds University and Alexander McGirr, a psychiatrist in training at the University of British Columbia, Canada, found out that genetically modified mice became “smarter” as well as less fearful and anxious.

"This study highlights a potentially important role for the PDE4B gene in learning and memory in mice, but further studies will be needed to know whether the findings could have implications for Alzheimer’s disease or other dementias. We’d need to see how this gene could influence memory and thinking in people to get a better idea of whether it could hold potential " 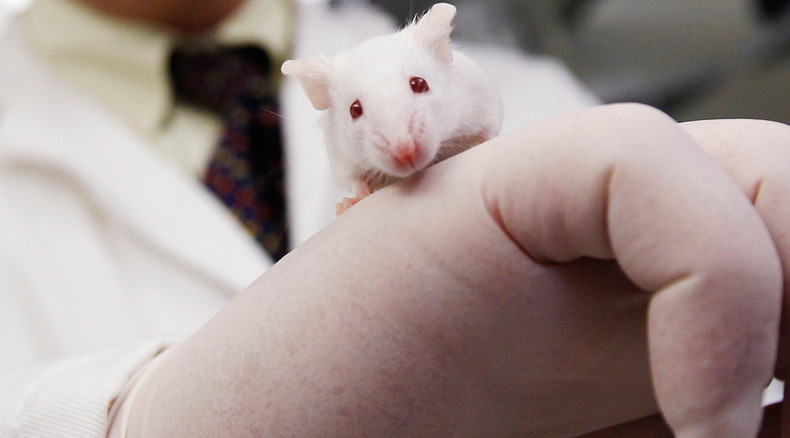 In Douglas Adams’ “Hitchhiker’s Guide to the Galaxy,” mice are the super-intelligent beings running the universe. But now human scientists – supposedly the subjects of the mice’s “complex experiments” in laboratories – can claim to be catching up.

Yet another step forward for bioenhancement.

Get your plasmids here!

I’m in search of a world renowned brain surgeon

With experience on humans not mice

I’m in search of the next BF Skinner

With experience with humans not ■■■■■■■ pigeons.

You see what I am getting at?

I can’t speak for the mice, but I’m smarter when I’ve got an adrenaline rush going.

Sometimes the proper combination of marijuana and adderal would make me FEEL smarter, but really it was just my mind being a little more easily mesmerized and caught up in my imagination.

I do love it when I find socially uninhibited states, but they are to hard to really pinpoint and keep alive.

can you tell them to work overtime and get us a cure!