The degree to which an individual deviates in intelligence from their family is a more accurate predictor of schizophrenia development than the individual’s intelligence alone, according to a new study conducted by researchers at Virginia Commonwealth University and Lund University in Sweden.

“Merely not doing well in school is not predictive,” said first author Kenneth S. Kendler, M.D., professor of psychiatry and human and molecular genetics in the Department of Psychiatry, VCU School of Medicine. “It is all in the deviation from the family expectation. If you have poor cognitive performance, but you come from a family where that is normal, then you do not have an increased risk of illness.”

Relatedly, someone could be a high academic achiever compared to the average student, but if they came from a family of intellectually superior people and were falling short of their family’s average intelligence then they would have a substantially increased risk for developing schizophrenia. 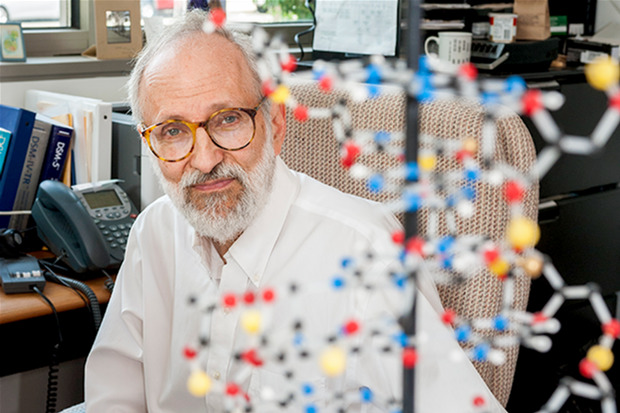 The degree to which an individual deviates in intelligence from their family is a more accurate predictor of schizophrenia development than the individual's intelligence alone, according to a new study conducted by researchers at Virginia...

Relatedly, someone could be a high academic achiever compared to the average student, but if they came from a family of intellectually superior people and were falling short of their family’s average intelligence then they would have a substantially increased risk for developing schizophrenia.

This was my case. Both my parents were definitely smarter than I was. Still I was smarter than 99% of the kids I went to school with. I think this had some effect on forming my schizophrenia (“integration disorder”).

It doesn’t always work out that way although that was the case with me. My Uncle was the best student at his high school and had a genius IQ when he entered the military but developed schizophrenia.

In terms of IQ my brother’s is considerably less than my parents although he is of above average intelligence . He has never developed schizophrenia but does have HIV related psychosis no doubt exacerbated by years of doing cannabis etc. Whether his relatively lower IQ made him more susceptible to developing psychosis irrespective of the HIV I don’t know. He was 56 when he first got put on antipsychotics.
I used to, but no longer, have a sz/sz-a diagnosis. In some respects I was brighter than the family average and in some respects not.
Certainly non verbally I fall some way below the family average.

They are not arguing low intelligence equals increased risk of schizophrenia but intelligence in relation to the family average.

It’s highly questionable as a one size fits all answer but it is not strictly to do with low intelligence but lower comparative intelligence.

I’m not able to learn the way my brother does. I definitely fall short compared to my Dad’s side of the family.

Even so, I’ve developed my own strategies for success. I worked through school at places like the library and a state department. I have people skills.

(BTW it took me about 6 tries spelling strategies right. I finally googled it.)

sz is due to negligence of parent…

Just from that snippet of text it seems like they have a huge fallacy going on in assuming that academic performance is indicative of intelligence. That is hardly the case with many people with mental illness. Mental illness itself, stress from family dysfunction, low self-esteem, apathy, etc can all hinder academic performance but you can still have a highly intelligent person on your hands. Similarly I knew kids in school who were below average to average but busted their butts trying hard and would get mostly B’s and the occasional A. They did better than me during some years because they were busting their butts while I was withdrawn and apathetic. Their work ethic proved more valuable.

Unless you are something like a computer programmer I think personal skills are an important factor in doing well occupationally.

One of my teachers referred to my brothers + me as monks living up in the monastery of our big log house by the road. We were around the same intelligence in our own ways. Our parents were very smart - I’ve heard people call my father a genius at chemistry. He was a chemist. My mother’s greatest fun in school was staying awake at night solving the challenge algebra problem so she could write it on the board the next day.

I started cutting the slack when my name was listed at the top of the list to become valedictorian in 3 years. It seems like I started unlearning what I had learned, to this day.