Like a girl I took one of those quizzes to find my spirit animal. The result was surprisingly appropriate, a lot of people called me turtle when I was a kid. Yeah I got turtle.

What Is My Spirit Animal? Take The Quiz To Find Out!

Everyone has a spirit animal. Take the spirit animal test to find yours and the message it has for you! Fun quiz ahead!

I’m a snake! First thought was evil. But apparently its associated with life force and primal energy.
Also it reminds me of the new star sign which I am the thirteenth star sign called ophiuchus which is someone holding a snake.

Amazing. Snakes are so cool, lovely animals. That’s an interesting coincidence that you’re the serpent star sign too. We’re both reptiles anyways.

My spirit animal is the owl. I think too much, IMO. Wish I did more than that.

Do you know wat ur spirit animal means?

It’s a fun site, I used to have fun with this sorta thing along with star signs and all that. Here’s the summary as described on the site of turtle’s symbolism.

The turtle symbolism is characterized by the association with the Earth and earth symbols of groundedness and patience:

Symbol of the world, of the Earth
Ability to stay grounded, even in moments of disturbances and chaos
Slowing down, pacing yourself
Determination, persistence
Emotional strength and understanding
Ancient wisdom
The turtle is also linked to the spirit of the water and the fluid nature of emotions. 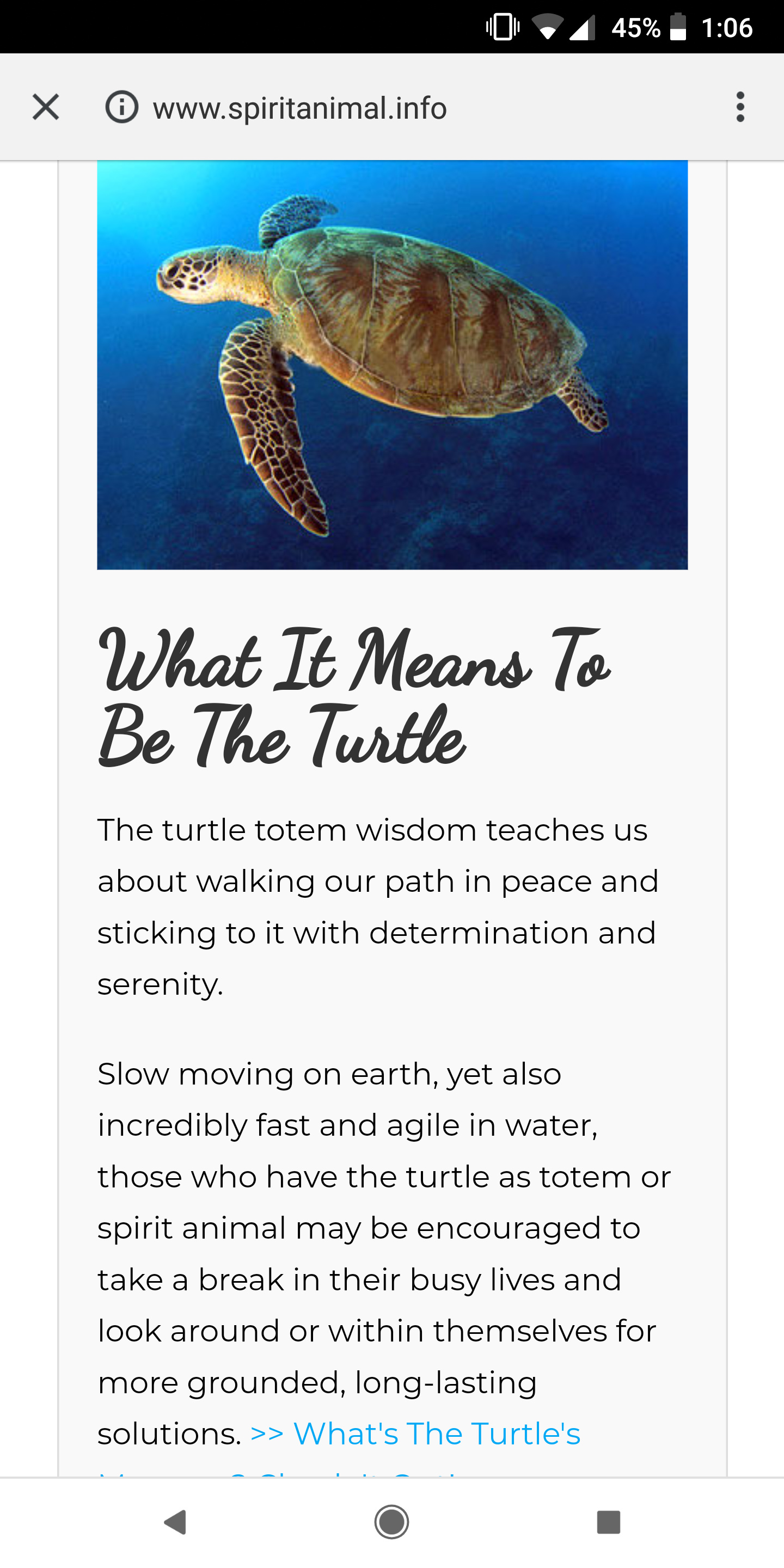 I’ve always had a close affinity with wolves - I love eagles too.

I’ve had visions of snake people before and I think they were kicked out of the universe.

What It Means To Be The Owl
The owl spirit animal is emblematic of a deep connection with wisdom and intuitive knowledge. When the spirit of the animal guides you, you can the true reality and see beyond illusion and deceit.

I adore owls, btw. I do feel more affection toward them, than i do toward dogs lets say. Not sure if affection is right word, but I’m truly fascinated by owls. They awe me.

I’m a snake right now too. They said it means change and transitions. I would say so. I’m right in the middle of a major move. From a senior assisted living situation to a regular but beautiful apartment.

Shed your skin to become a better you!

Does your apartment have ac? I wish my flat had ac.