So, what is this?
DarkSith, did you drop something? Or does this belong to one of my ancestors??

Thanks NASA ! I copied the original from the official site, in case some MIB wants to delete it alter…LOL

beings used to live on mars…not so long ago.
most evidence has turned to dust…( not my fault entirely)
take care

I can’t resist. I actually almost believed this stuff when I was a teenager.

Chariots of The Gods:

What made you stop believing it?

I believed in stuff like UFOs from outer space, Bigfoot, the Loch Ness monster, The Bermuda Triangle, etc until I saw the best evidence and the best photos debunked and exposed as hoaxes time and time again. I’ve seen the best photos of UFOS, and Bigfoot proven to be fakes. I just got jaded about all that stuff. Oh yeah. Easter island with the big stone heads. For years lots of people said that humans couldn’t have made those or moved them over a distance of miles. They said it had to be aliens. Then Thor Heyerdahl, the guy from Kon Tiki fame went to Easter island and with help from natives showed exactly how those big stone heads were carved and moved. It’s stuff like that that turned me into a skeptic.

What about some of the other stuff von daniken wrote about - those lines made from stones that had been there for centuries that from ground level seemed to have no order or purpose, but when seen from the air they did? I’m not saying I believe all of that stuff - but it draws attention to physical realities I haven’t heard of before. Has science looked into them? My brother think s scientifically. He debunks ideas of mine I know not to be unrealities. Scientists are sort of hard-nosed. Conservative.

It’s all very interesting and fantasy stuff which is why people take such interest in it to spice up there life. But really it’s all garble

Pob : maybe there is no valid explanation YET. But are aliens a really a viable alternative to solving these mysteries? I just think it’s quite a “reach” to credit aliens with the worlds mysteries.

How ancient is something that has always existed?

If it comes directly from the spirit world and is literally made of it then how ancient is it technically?

So ancient in fact you cannot even count how many years it has existed!

Interesting skeptics view on the cross mark on mars. I would be open to this except for one thing. They are claiming it is a screw head impression from a part on the rover. Note what they did…centered on the cross and circle only. They did not account for the appendage atop the circle and the flared cap atop the appendage that is obviously embedded in the dirt and rock…

the debunkers ‘evidence’: (Note they isolate the circle and cross only, not the rest of the object which does not appear anywhere on the APXS device)

Here is the entire object which it seems everyone is failing to consider. THAT which is on mars is NOT part of the APXS…the debunkers literally cut out evidence that is in plain sight !

the could have been a tiny pebble under the screw thus creating the top piece of the imprint. VOILA

but photoshop also does a really good job too

the could have been a tiny pebble under the screw thus creating the top piece of the imprint. VOILA

When did a pebble ever look like this? This is not a natural formation, and is not part of the APXS either.

but photoshop also does a really good job too

Look at my original post…that photo is directly from NASAs own gov website, so if anyone shopped it, they did…

Lol it could be anything but very likely probe imprint 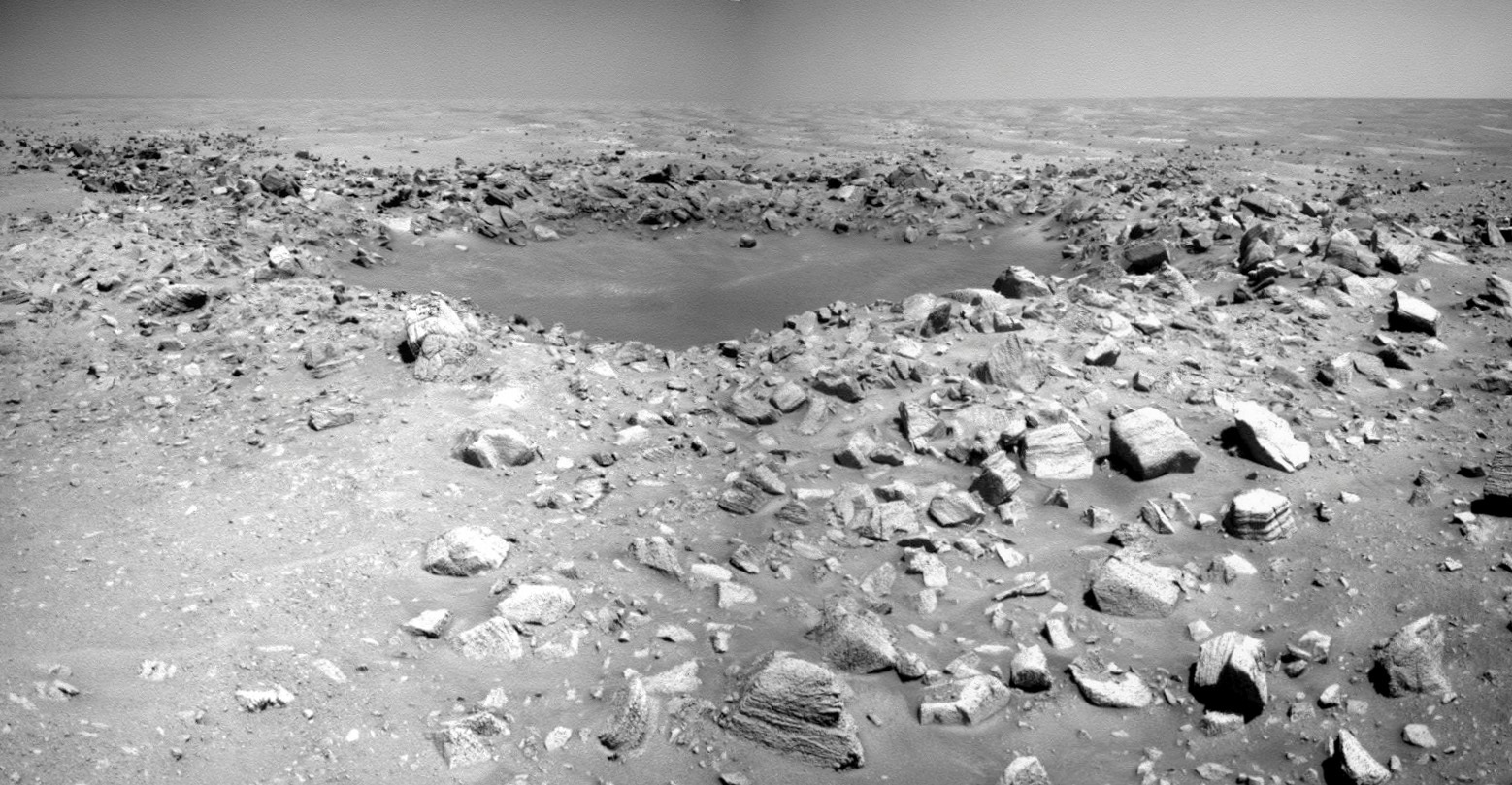 They’re always finding images on mars! Mounds, ditches, faces. It always turns out to be natural formations.
And in the beginning you have that faction who say it is incontrovertible evidence of life on Mars. ALWAYS proved wrong.

Nah…that could well be a rock. I have some like that on my land; the kind that break open and have a hollow interior with tiny crystals…
It could also be an Oyster shell though…

However, while that lawsuit is based on flimsy evidence, the actions taken by CAUS have brought things to light

"The Citizens Against UFO Secrecy (CAUS) has been using the Freedom of Information Act or commonly known as FOIA to ask several government agencies to release their UFO files. CAUs sued the NSA when the latter refused to release their files.

NSA monitors communications around the world as part of its regular functions, making it as an agency with a large amount of UFO files, which are called communications intelligence (COMINT). Hundreds of these files have relation to UFOs. However, the NSA wants UFO files to remain classified.

A 21-page document was submitted to Federal Judge Gerhart A. Gesell by NSA’s Office of Policy chief Eugene F. Yeates in 1980. The document explains why UFO files should stay classified. The Yeates affidavit also remains classified.

Yeates affidavit convinced Gesell that the NSA files should remain classified, even though Gesell didn’t have clearance to access the documents in question. Gesell wrote that the materials are very sensitive to be declassified that could affect national security.

you have missed my point lol

We really don’t ‘need’ photos or archaeological proof though, since we can know by faith in the Ancients and their oral histories:

Pre-flood civilization (Atlantians) mastered space flight and colonized Mars. They became proud and started an interplanetary war. The Martian people are the ones who are described in the Baghvad Gita and other ancient texts, who unleashed nuclear weapons on earth prior to the flood. Both Martian and Earthen Civilizations were wiped out at the time of the Flood

The Martian colonists were so consumed by the pride of their accomplishments that they sought to break all ties with earth, and even to conquer earth, launching a war against their home world during which much o India, parts of Asia and the Mideast was devastated by Nuclear weapon. This interplanetary war gave rise to the stories in Ancient Indian and Sumerian literature of sky ships, and heavenly chariots that unleashed terrible weapons of Mass destruction, as well as equating Mars with the “God of War”.

Since wickedness was ripe on both planets, God completely wiped out the Martian colonists, stripping the water from their planet, and simultaneously causing the flood upon earth, which wiped out all but a few people.