Sometimes I feel the same way, like there is an alien in my body and he/she’s taken over, and I am being controlled like a puppet.

Hey Nizbi, I hope you would feel good. Anything that you want to share about this particular feeling. Why you are feeling this way? Please don’t hesitate to share your thoughts. You are you. No body is taking over you. The feelings are coming due to your illness. Please have someone around you and share your emotions openly with whom you trust. You’d feel better. Please keep us updated.

I know what you mean.

Sometimes I feel the same way, like there is an alien in my body and he/she’s taken over, and I am being controlled like a puppet.

This may have a point to it. What if a persons ancestry is in fact ‘alien’? What if some genetics from the distant past determine some of the thoughts and feelings we have?
Some of this may come as a sort of ‘memory.’
You may very well feel the way you were raised and the way you have been taught to believe by other humans is contrary to how you actually feel and who you really are.
It is known fact that RH- blood types do not contain the Rhesus factor that connects people entirely to earth. There are also those who may not have RH- blood but in the past one or more ancestor did, and it got suppressed due to the introduction of RH+ along the way.
If all humanoid life forms on this planet originated entirely on this planet then there should be RH+ in everyone, but there isn’t.
The RH- mystery baffles most scientists because they have no explanation for it.
However, ancient history tells us that gods, aliens, or angels (depending on how you view them) came to earth and mated with humans. They are technically ‘alien’ because they did not originate on this planet. they were often perceived as gods though they were not, they were just more advanced and exhibited some powers and knowledge beyond human understanding. They are also known as angels, and some people have viewed them as demons at times. No matter what interpretation it all boils down to being not of this world.

Now you have to get into cellular and genetic memory…there is much written on this subject: 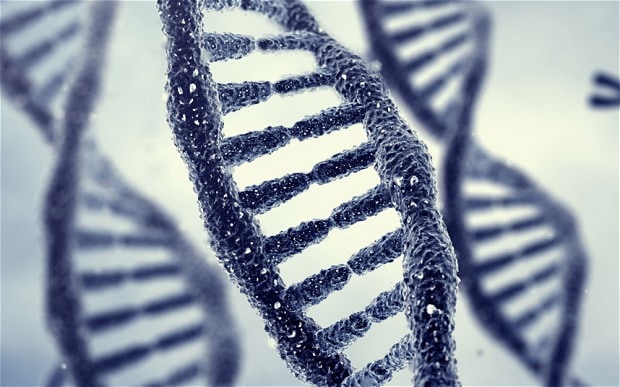 Phobias may be memories passed down in genes from ancestors

Memories may be passed down through generations in DNA in a process that may be the underlying cause of phobias
Memories can be passed down to later generations through genetic switches that allow offspring to inherit the experience of their ancestors, according to new research that may explain how phobias can develop.
Scientists have long assumed that memories and learned experiences built up during a lifetime must be passed on by teaching later generations or through personal experience.
However, new research has shown that it is possible for some information to be inherited biologically through chemical changes that occur in DNA.
Researchers at the Emory University School of Medicine, in Atlanta, found that mice can pass on learned information about traumatic or stressful experiences – in this case a fear of the smell of cherry blossom – to subsequent generations.
The results may help to explain why people suffer from seemingly irrational phobias – it may be based on the inherited experiences of their ancestors.

I’ve had tons of these memories that play out like movies in my mind, vividly, just as if they were memories of something I experienced in life. At first they seemed like fantasies, an overactive imagination, a good storyline… until I started doing research into ancient history and especially my family tree and the history of each peoples my parents descended from…Lo and behold it was all there just as I ‘remembered.’

I know some people believe its reincarnation but in reality each memory was connected to people and events in my families ancestry, so what happened is I inherited experiences as memories from my ancestors.

Believe me, I surely felt this strangeness, feeling like I wasn’t what I was raised as, that something was missing, something was different. At times when younger I even felt sort of ‘possessed’ as if something else lived in my brain…Who was I really? I KNEW there was more to it, and there was.

I received a great peace of mind learning all I learned and am still learning. But at least I have answers. The feelings and memories that once made me feel so different are no longer a mystery.

I think if you were to discuss these feelings with a doctor they would probably call them depersonisation/derealisation. It is a condition common in people with severe mental illness.

But at the same time you are entitled to not be happy with your living situation. I mean this sort of thing really effects people. Especially if they are vulnerable for MI.

Ancestors from Scythia and Egypt.

Faerie race also being the Elf race (Shinning ones) in Ireland and Scotland descended from the Anunnaki.

Details of names and archaic words that actually existed or had meaning directly related to the memories I was having. Example: Ka Taka… a word that came to me seemingly out of nowhere but means in Egyptian and Sumerian ancient languages the soul or life force and noble, fire flame or candle…
Therapeutate…a word given to me concerning my ancestors and a temple apprentice in ancient Egypt that mated with an Orion. Therapeutate was an ancient Egyptian mystery school dealing with healing and the mysteries of life: ‘physicians of the soul.’
Tuthmosis lll was the founder of the Great White Brotherhood of the Therapeutate. (not to be confused with the Aryan ‘white’ brotherhood) Centered in Heliopolis (Anu, city of the Sun) connected to the Anunnaki…

Then I learn later:

The ancient Egyptian civilization firmly believed that from Sirius and Orion beings came in the form of humans– Osiris and Isis and they instigated the human race…
DNA studies confirm a mixture of “anomalous” East Mediterranean mitochondrial lineages such as Egyptian T, Greek U and Phoenician X with “standard” American Indian haplogroups A, B, C and D in the Cherokee and certain other Eastern Woodlands Indians.

What are the odds all of this came as a memory, like a movie in my mind just as if I had lived it, and when researched later ends up totally true without me having previously known any of it? Way too much to be simple coincidence…especially after doing all the research and finding what I have found to be true over the years…
I’ve only given simple example, but have lots of detail backing each discovery…

I think if you were to discuss these feelings with a doctor they would probably call them depersonisation/derealisation. It is a condition common in people with severe mental illness.

But what if it’s not that and it’s what I’m saying?
It could be either…could be both.
Trust me there were many a time I felt ‘lost’ when I was younger and felt like someone/something else.

Honestly, most doctors will not have answers to these things and if they root of these things is ancestral memories, the doctors could easily steer you down another path away from that…leaving the mystery unsolved…

Sorry. Didn’t mean to undermine you. In fact I am very open to your ideas. I have heard of psychiatrist assessing children who have memories of a past life. Memories which historians have proved to have actually happened. The psychiatrists couldn’t give a real explanation as to how this was possible.

I really want to try DMT. I think if more people took psychadelics they would be open to “un-scientific” ideas.

Sorry. Didn’t mean to undermine you. In fact I am very open to your ideas. I have heard of psychiatrist assessing children who have memories of a past life. Memories which historians have proved to have actually happened. The psychiatrists couldn’t give a real explanation as to how this was possible.

And it would be a good idea to find a doctor who is open to the idea of past lives, or better, genetic or ancestral memory…

The only thing I would caution there is avoiding ultra new agers that are into channeling space commanders and ascended masters on a daily basis, LOL

I really want to try DMT. I think if more people took psychadelics they would be open to “un-scientific” ideas.

If you do it would be best to look for a legal Ayahuasca ceremony in your area run by the Native Americans as its use is protected by the Religious Freedom Restoration Act:

The legal status in the United States of DMT-containing plants is somewhat questionable. Ayahuasca plants and preparations are legal, as they contain no scheduled chemicals. However, brews made using DMT containing plants are illegal since DMT is a Schedule I drug. That said, some people are challenging this, using arguments similar to those used by peyotist religious sects, such as the Native American Church. A court case allowing the União do Vegetal to import and use the tea for religious purposes in the United States, Gonzales v. O Centro Espirita Beneficente Uniao do Vegetal, was heard by the U.S. Supreme Court on November 1, 2005; the decision, released February 21, 2006, allows the UDV to use the tea in its ceremonies pursuant to the Religious Freedom Restoration Act. In a similar case an Ashland, Oregon based Santo Daime church sued for their right to import and consume ayahuasca tea. In March 2009, U.S. District Court Judge Panner ruled in favor of the Santo Daime, acknowledging its protection from prosecution under the Religious Freedom Restoration Act.

Yeah I would want the full shaman lead ceremony rather than the “drive by” method of just smoking some.

Yeah I would want the full shaman lead ceremony rather than the “drive by” method of just smoking some.

Yeah, don’t do it by yourself…that sort of stuff you need to have a guide just in case the journey takes you places you have a hard time handling. I made the mistake of doing that with Datura…oh boy! had no one to guide me, plus I drank a lot of it - an entire plant, root and all, enough to die but didn’t.
i know sometimes the visions on that sort of stuff can seem totally real 3D and you will not know the difference unless someone is there to tell you…

I’m so tired today. I don’t want to move.

Me too just slept a million hours

I found a solution. I put on some music that is upbeat. And dancing put me in a better mood.

I kinda feel something like that sometimes. Sometimes I just feel out of synch.