Silver polished - does it look like new ? Or as good as?

you just did all that? It looks great! Did you use a chemical? Or do it all by hand?

It’s magic. Loll. I got some baking soda, some sandwich tinfoil and a pan.

I put tinfoil in pan, added water on top and baking soda and then let it heat. Bring to a slight boil and added jewellery in for 30 seconds. And magic

U have became a scientist ish …!!! Ur acssories are beautiful …!!!

Well the little bead bracelet went really black after I put some hair revival cream on my hand. Then i googled and found this solution lol

wow that is magic, I’m gonna try it on mine next time. I can never get in the grooves good. But in a way it looks cool to have those darker grooves and the brighter areas. It makes the jewelry look antique. Which some of it is, so… It’s funny though that you just did that because I’ve got two pairs of earrings sitting here that I just did with some polish I found at my mom’s house I grabbed right before we sold the house. I don’t like those harsh chemicals though. I can definitely handle baking soda.

the colors are very nice

Is that the key to your chastity belt, ish ? 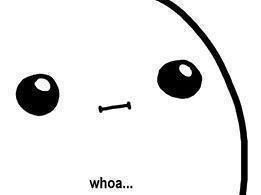 I wouldn’t advise if your silver contains other materials like stones. The beaded one I’ve had for two years and my bros friend said it looked too new

yeah 'cuz I was just looking at this pair that has garnets and I really like it with the antique look, but the other pair has filigree and it’s hard to get clean, but I would love it to look shiny and new. Next time I have foil I’m going to try it.

I don’t think foil is compulsory.

I think it’s a chemical reaction with the aluminum

Ahhh I see. lol I did it mindlessly as it was part of the ingredient.

It’s not my birthday. Just my forum anniversary