OK, I’m 56 years old. I’ve been in the mental health system in one way or another since I first got diagnosed in 1980 when I saw my first therapist when I was 19 . I’ve been hospitalized 9 or 10 times (I lost track). I was locked up for 8 months in a hospital that had over a hundred other patients. I’ve seen some pretty strange people and some very strange behavior as you can imagine and I can say this because I was there too for my own personal strange reasons.
I’ve been around mentally ill people of all diagnoses for most of my life. I’ve had fellow schizophrenics as friends, co-workers, neighbors. I’ve lived with them, I’ve been on a hundred outings with them while living in mental health housing. Museums, the beach, restaurants, etc.

And it was no big deal. I got along with them fine for the most part.

But now. I’m living downtown in a city with a population of a million people. I have come full circle from my days living in very affluent areas for most of my life. I’m back in the city where it all started 37 years ago. And we have a large population of homeless and indigent people and a large number of them are obviously mentally ill. This is how I lived my life.

But when I see the people when I’m walking to the University or driving through the heart of downtown, the stark reality hits me like it never ever has hit before. These people are truly suffering. I drive by seeing the families walking on our main street, I see the college kids with their girlfriends and boyfriends. But in the next block I see a homeless man urinating in public against a building in the day time oblivious to people walking past him to get to the barber shop or the dozens of cars driving in the street.

I see the ragged people walking with their heads down among the nicely dressed business men walking by ignoring them. I see the raving, I see the screaming, I see the old grizzled men sleeping on the sidewalk, I see the women walking around talking to themselves with lipstick smeared all over their faces The alcoholics passed out on bus stop benches. My eyes are wide open for the first time. These people aren’t anonymous people to ignore, I feel part of them, but they know suffering like I will never know. Their plight is obvious to everyone including themselves.

I’m spoiled from being high functioning and living in 5 -bedroom, renovated housing or having my brand new studio in a town crammed with affluent businessmen. Don’t get me wrong, I’ve had my share of suffering and unbelievable misery. I’m not discounting my own journey with mental illness for 37 years. But I’ve always been with schizophrenics who “behaved” for wont of a better word. Schizophrenics who didn’t “act out” My friends who had schizophrenia and me used to hit the clubs, or go to movies, or go to the record stores etc. We had a lot of freedom and we took advantage of it. And when I saw the poor mentally ill man in the middle of our four lane main drag street trying to stop traffic, I thought, “Wow, this real, this guy really, really is out of it”. The people I’ve met in the group homes may have been a little weird or odd but they knew what they were doing and stayed in control. These poor people in the streets are in their own world being broken down daily by the damn kids in their hotrods pouncing on weakness in people like piranhas if you throw a cow carcass in their river. This stuff is real and rather frightening. I’ll have to think more about this. Anyways, like they say in AA, “Life shows up”. And it’s certainly showed up for me.

one of my biggest fear is that both my parents die and I have no family members to take me in, no more meds and no place to live and that I am living on the streets having no idea what to do and am lost and have no help and people will instantly think I am on drugs because of my illness and treat me horribly, I feel really bad for homeless people especially those with mental illness because I know what that part is like and I wish there was more help for them, I feel like if I don’t get my ■■■■ together tho I could end up like that but at the same time I don’t want to do anything and I really don’t know where I am going to be in 5 years and I feel like their is no way around whatever is going to happen in the future

People who live on the street can’t afford to take the medications that would treat their symptoms. The med’s make us more susceptible to heat stroke in the summer and hypothermia in winter. We have to be able to withstand the weather. They also cause a general weakening of the body. This one guy who’d been in jail and who they wanted to take med’s said, “I can’t take these. I have to be able to defend myself.”

It bothers me too. I don’t know what can be done. Obviously more social programs, mental health care, drug rehab would be great, but how do we get there from here?

When I go to the store I buy a few extra cans of juice drinks, wet wipes, granola bars, socks, feminine products, hand sanitizer, toothbrushes etc. I bag stuff up in a gallon ziplock and keep it in my car. I can’t be much help, but perhaps a little.

Since I stopped drinking somtimes I thought that homless guy across the street singing while he is buzzed on alcohol is enjoying life more than me.

I catch sight of a similar panorama each time I visit my chiropractor. I walk by a an apartment complex where I always see a number of disposessed middle-aged people smoking (smoking is often a red flag for mental illness) outside the building, behaving strangely and they look stupefied (perhaps due to psych drugs - who knows) and impoverished. It’s a sobering display. I always think to myself “I don’t want to end up like them. I need to become more skillfull and get my affairs in order.”

I live in an upscale part of the world. The mentally ill are tolerated as long as they act nice nice.

I drove to the supermarket this afternoon, and as I exited the parking lot, there sat a downtrodden guy with a sign.

I didn’t want to be made uncomfortable . . . I didn’t even look long enough to see what his sign said!

Wish I could be more real than that!

People hold signs at the interstate exits in my town but I have seen the police rounding them up and arresting them when they catch them. I guess it is against the law here.

That’s not enjoying life. That’s enjoying a beer.
In an hour that guy will be sober again and be right back in the middle of the homeless life and all it entails. But $2.00 poorer.

I give to those guys. But most of the time there is no way to tell if they are legit. Any broke guy with half a brain can get a piece of cardboard and a Sharpie and make a sign saying he’s homeless or a disabled veteran or both. But it could just be some guy making it all up to buy crack or booze. My neighbor in my apartment building used to that when I was living in a vey affluent town. Before I caught onto him I used to see him across the street begging for money and then one day I saw him get on the elevator and go to his new apartment.

not if he askes me for 2dollers and I give it to him.

I only want to give to them for food but who knows what they do with it.

3 weeks ago as I was coming out of wal mart to my car a guy with a gas tank came up to me like he was out of gas and needed money, I gave him two dollers and then noticed he kept going to others and was using the gas tank as a way to beg for money 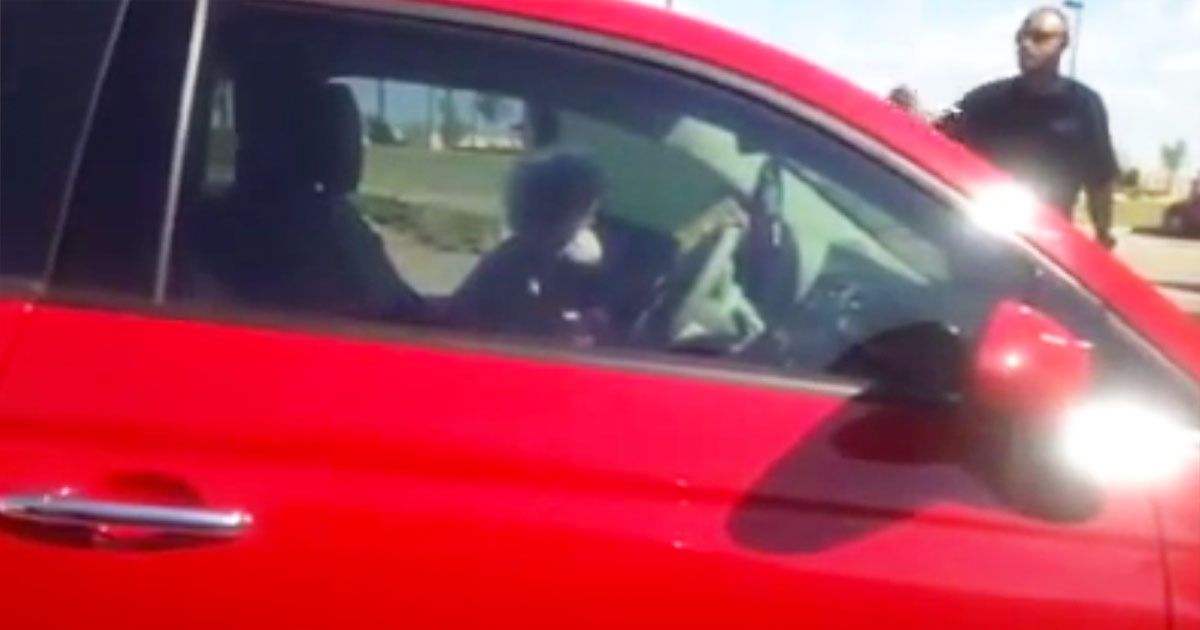 He Gave An Old Lady Money, But When He Saw The Truth? She Got What She Deserved

This guy holds nothing back. We don't blame him.

But when I see the people when I’m walking to the University or driving through the heart of downtown, the stark reality hits me like it never ever has hit before. These people are truly suffering. I drive by seeing the families walking on our main street, I see the college kids with their girlfriends and boyfriends. But in the next block I see a homeless man urinating in public against a building in the day time oblivious to people walking past him to get to the barber shop or the dozens of cars driving in the street.

it’s amazing what those homeless people can do. quite brave actually. quite sure i’d probably go to jail for peeing in public, soliciting, or holding up traffic.