Research Review: Do motor deficits during a child's development represent an early sign of increased risk for schizophrenia?

Not sure what to make of this research.

I think as with all research there will always be exceptions. The question is are those prone to psychosis/schizophrenia more likely as a whole to have motor deficits?

Just finished reading yet another new journal article article on reduced volume gray matter deficits found via MRI scans – as well as autopsies – in the brains of schizophrenics. While there are higher-than-normal deficits in many locations – including the motor centers – none of these deficits are universal in sz patients. They are all over the block, though they tend to cluster in certain locations.

(In the particular article I just now read, they were looking at g/m volume reductions throughout the area just above and behind the eyeballs and down towards the temples and how they are related to deficits in social competencies. See http://onlinelibrary.wiley.com/enhanced/doi/10.1111/pcn.12258/?campaign=wlytk-42229.3832291667.)

I could go way (and I mean waaaaaaaaaaay) into the implications of motor control region gray matter volumes and sz, but suffice it to say that direct causal linkage between them and the future development of sz is NOT established, though correlations are established.

Moreover, the linkage – if any – may well be indirect and a matter of the resulting “clumsiness” becoming added to the allostatic load that might tip an otherwise genetically predisposed person over into sz IF the person is, say, relentlessly subjected to verbal abuse for his clumsiness.

I understand that many of the forum members are looking for explanations and causes, but for those of us who pay attention to the etiology (roughly “causes”) of sz, it is clear that they are so complex and varied that it seems highly unlikely that we’ll ever have anything like a truly predictive,“this-is-what-the-child’s-scans-look-like: this-is-what-you-can-definitely-expect” readout.

One thing IS for sure, however: Children whose parents are attentive, patient, educated, aware, open-minded, not unduly stressed and not themselves mentally ill tend NOT to raise children who become any sort of mentally ill.

BTW, there is a very good list of research-discovered (and repeatedly replicated) risk factors and predictions of prognosis down to the 1% range in Fuller’s book. 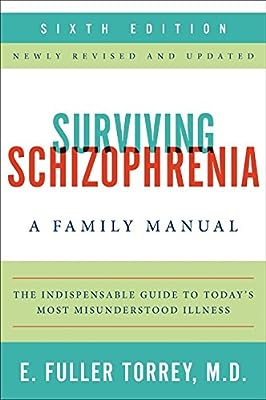 that might tip an otherwise genetically predisposed person over into sz IF the person is, say, relentlessly subjected to verbal abuse for his clumsiness.