I would rather talk to a Robot than a psychiatrist

Robots would be better

I don’t think so…

somehow i don’t think robots would be a good replacement for a pdoc. they are inhuman. they don’t have intuition. my old electrical engineer teacher told the class once that the computers and robots are only as smart as their creators.

the point of my teacher’s quote is they can make mistakes because they can only do what they are programmed to do. they don’t see a patient suffering or thriving on their meds they see no difference between them

I feel like pdoc are already, basically robots. Lol
Not literally, just because they all seem to think alike, give the same answers, and they’ve all had the same training. It seems once you’ve seen one, you’ve seen them all, minus a select few.

i honestly don’t think technology is caught up enough to be as efficient as an actual pdoc.

not far off, i think it would be good to at least try some sort of pilot test on it
it would be interesting to see how it goes when tech is good enough
i like the idea of it anyway and it could save a lot of money on drs bills and could be very cost effective

Actually Nurse Practitioners will take over!

Some people who are depressed do not show any signs of depression.

A robot would not be able distinguish a high functioning person from a happy individual in that case.

And yeah, docs are already robots. Not just pdocs either. 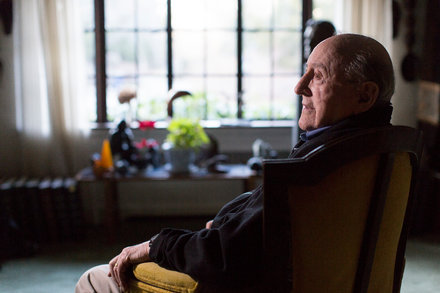 What I learned when a famous 96-year-old physician became my patient.

"But Dr. Lown identifies first and foremost as a healer. In 1996, he published “The Lost Art of Healing,” an appeal to restore the “3,000-year tradition, which bonded doctor and patient in a special affinity of trust.” The biomedical sciences had begun to dominate our conception of health care, and he warned that “healing is replaced with treating, caring is supplanted by managing, and the art of listening is taken over by technological procedures.”

He called for a return to the fundamentals of doctoring — listening to know the patient behind the symptoms; carefully touching the patient during the physical exam to communicate caring; using words that affirm the patient’s vitality; and attending to the stresses and situations of his life circumstances."

yes i think so
i think we will still need nurses very badly but hopefully diagnosis could be easier based on specific questions or if they cannot answer then body language, brain activity and nurses observations as well.

i hear what you are saying but nurses will still be available for patients so the bond of trust would still be there between them and tech could be improved so much.
you can detect so many different signs with tech like stress and visual/audio tech, there are lots of technologies that can be used and i think it could actually be more reliable than any drs report

Because they know there’s no hope. a Chinese woman voice, said its a con. Maybe aliens will save us.

a lot of people have gripes about their p/docs and this will take that away unless people dont agree with the computer and want a second opinion,
you should at least have a choice about who or what you want to see, it should be cheaper to speak to a robot though.

My psydocs have been good and I’m a great patient. I’m learned and up on the latest. I think about and am proactive in my treatment.

My shrink is a trooper and he’ll tell you it’s a real art. Some shrinks are old school and that isn’t good but a decent psydoc is compassionate and has some skill with things. It’s a real art as my shrink tells his interns so having a good relationship is a must for your patients!

It depends on what your problems are. If you have a problem that you are very ashamed of. Then I would rather talk to a robot.