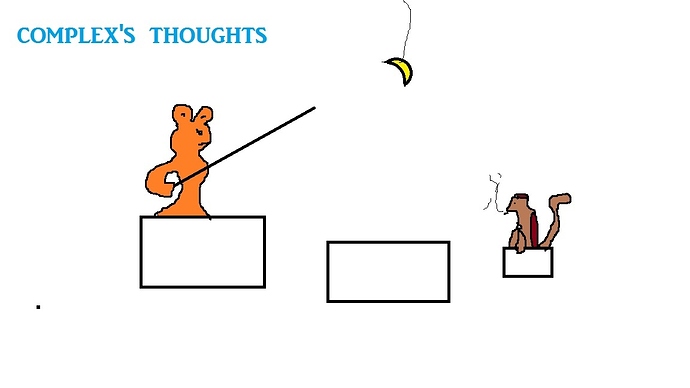 and the other thing?

ah that’s not a moon that’s a naner

that’s quite the mentor

Bears are smart you know, they can domesticate

Also a bear owner got mauled once…

Yeah they can’t domesticate humans, too hard of a task. I’m going to get lunch now.

What does this mean? I found some kind of meaning:
orange bunny wants to train the monkey to jump in the air for his banana but monkey just wants to chill out in the corner and smoke (who knows what he’s smoking).
moral: don’t do drugs. or don’t make monkey jump. something like that. lol

The monkey is the cutest!