I’ve been listening to talk radio lately. my dad always listened to it growing up. I don’t know how the hosts can talk for 3 hours a day, I would run out of stuff to talk about.

I like the America’s truckin network on 700wlw. just the weekend shows with dave. they have interesting banter late at night.

maybe it’s my destiny to be an informed call in radio personality someday.

You should get into podcasts.

i haven’t listened to any podcasts in a few years. my friend was telling me he was wanting to start his own podcast with his cousins. he didn’t say what the theme of his show would be.

My cousin used to work as a dj. His radio station in NC used to host this show called “Josh in the Box”. My cousin Josh is hilarious. He’s a little bit of a snob though.

I used to listen to Coast To Coast AM on the radio in the middle of the night. They had some pretty strange and interesting topics. That’s about all the talk radio i’ve ever listened to.

another forum member listens to coast to coast but I can’t remember who maybe @Montezuma . anyways I tried to find it on iheartradio. I think I found a station in Tennessee that carried it late at night but I never really kept listening to it.

I don’t know how the hosts can talk for 3 hours a day, I would run out of stuff to talk about.

I’m an amatuer broadcaster and I’ve had to do this one a few occasions. An industry trick is to keep a bible of topics. You’re always updating it and it has facts in point form you can refer to. When you have, you pencil in the date you last used it to avoid using again too soon. 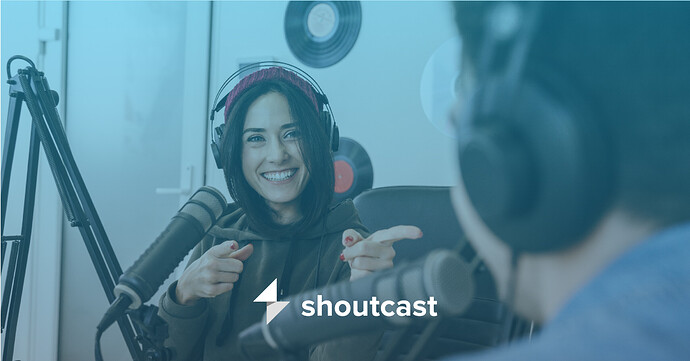 Shoutcast, the ultimate suite of tools for broadcasters. Discover the pioneer in online radio streaming. Since 1999.

Might be on those, they are the main directories (you can find Squirrel FM on all three).

ha good one…tricks of the trade

I listen to it. I like ads but music is so good too. I mean funny ads

Hey, if anyone here wants to get into podcasting on the cheap, hit me up for advice. I can also advise on broadcasting (going online 24/7), but that’s more expensive as you need to really invest in hardware, licenses, and so on. Podcasting is actually dirt cheap and I can point folks towards places where they can get shows hosted with the licensing covered for music.

It’s ok man i’m just a fan of your station, i pm you a few days ago. I had another name. We have different time zones so i guess i listen while it’s night but it’s day time here.

Appreciate the kind words. Sorry if I’m slow at responding to PMs lately. I’ve had a horrid week at the day job and I’m pretty trashed in the evenings these days.

99.9 KISW The Rock in Seattle is my go-to. They’re hilarious, they have a show called the men’s room.