Another cig. This time with more nicotine. I think it’s increasing and I’m relapsing. And I was going to buy a pack.

Flush the cigs down the toilet and buy some nicotine patches

i just fell down after being quit for six days…I give up for a while…I was in constant turmoil and I just couldn’t handle it. I am pitiful I feel. I don’t know when I’ll ever try again. it’s been a year of stopping and starting…too much stress other excuses…what a life I have.

Hi I quit smoking im still wearing the patches
I recommend using the patches wih lozenges
Every time you want a cigarette you have a mint
It stops you totally loosing the plot.
I get very angry when I quit but with the patches it’s been better.

I have ever had a hard time because of being addicted to smoking. Finally, i decided to use some natural materials. And the result is surprising. Here are some materials i have applied. You can try:

Normally, cayenne pepper can be used in many forms, consisting of fresh or ground pepper powder or even tea to drink. To reap one of the most impressive health benefits of cayenne pepper, you can add some of it to a cup of water and drink the mixture on a daily basis, particularly when having such strong carvings for smoking.

I have used the patch for standardized tests with no breaks, I want to quit again

I might add that I did really shitty in relation to everything else I have done with that standardized test…it was lower than my lowest practice test by 9 points.

As I sit here vaping and looking at how quitting makes me unable to read well, while puffing I had the highest GPA in my class…and the best research…as judged by professors and made sure with awards…

Yeah I am not quitting the vape anytime soon, not entirely…makes me lose like 10 points of g’ off it for a few hours, within days I cannot even read.

In the last weekend I had some nicotine gum, but in this week I have been able to resist any nicotine urges. I do not really want to use any nicotine, but the nicotine addiction is quite strong. I understand it will take many months before I can say that I have achieved good results in giving up nicotine completely. In addition, I do not want to spend any money in nicotine. I know I have written about this in the past, but so be it.

I knew a guy who kept a dip of tobacco in his mouth 24/7. He tried to quit using the patches, but he wound up addicted to both the patches and the dip.

I noticed something worth sharing…nicotine cessation kills cognitive ability…I researched it too…it is true.

There are plenty of methods.

Patches for me did not work but that is because theymade my skin itch and I couldn’t keep them on long.

I tried the gum. I did quite well on that but not a complete quit but almost. So there is that.

At the time I was quitting I had a psychologist who told me to not give myself a hard time if I slipped and had one. It doesn’t mean give up. Just carry on with the quitting process. Or I could set a time of day like at night for 1 hour where I was allowed 1 or 2. And it did not mean I was failing.

In the end I did quit them with e cigarettes.

All the best with the patch. Give it a good chance. What works for one does t work for another.

Trial and error for me. I never thought the e cig would work I felt hopeless by the point I got to it

I tried a clove once. I threw up before I could finish the thing

Patches never worked for me, I use them if I go somewhere I can’t smoke for the day, other than that I would smoke using them.

I noticed something worth sharing…nicotine cessation kills cognitive ability…I researched it too…it is true.

I’ve noticed this. Got lots of vape juice laid in. Lots of nicotine. Life is good.

Well honestly I think it’s a problem, because scientists aren’t sure if vaping is safe, but it must be better than cigarettes. I mean I have good cardio performance and I vape- when I smoked I couldn’t do cardio.

because scientists aren’t sure if vaping is safe

First butter wasn’t safe, and now it is. Same with eggs. Scientists need to get their crap together. I can tell you vaping is safer than smoking, drinking, amyl nitrate poppers, uppers, weed, and shrooms, all of which I’ve given up. Scientists can stay the @#$% away from my vape because, nicotine.

It’s mine, my own, my PRECIOUS. 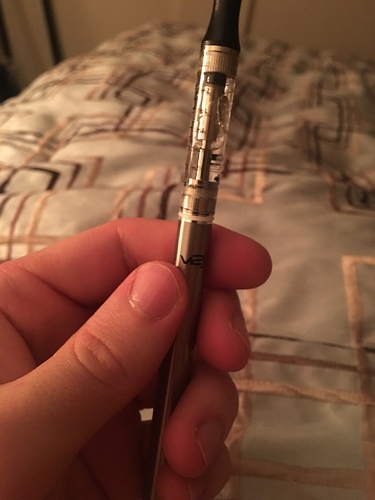 I do it too man lol

Wow, so much struggle, I’ve never touched a cigarette. I hope you guys find your quitting journey to be easy. I can’t imagine how exasperating it must be to be dependent on these substances. It must be the worst feeling in the world to relapse.