The importance of measuring psychosocial functioning in schizophrenia

Schizophrenia is among the most disabling of mental illnesses and frequently causes impaired functioning. We explore issues of definition and terminology, and the relationship between social functioning, cognition, and psychopathology considering...

“Such impairments include poor social interaction, difficulties in maintaining relationships with family and friends, and/or inadequate performance in the workplace.”

I have friends but they’re not “deep” friends. We talk just once in a while. I feel i’m unable to find and maintain a romantic relationship. My parents are my main support.

I’m a nurse student, i have great grades. I’ll start the nursing practice in september. I’m scared because i’ll have to interact a lot more.

I wonder why some schizophrenic get married, have kids, are able to work well and some schizophrenic can’t do the same. Why is it so variable? I hope i’ll be very functional despite normal difficulties. However sometimes i feel it is out of reach, at least i feel if it is possible it requires a large extra effort.

Hi there! I will tell you my own experience with the illness…

On the beginning of it I spent 1 year and a quarter without any social interaction, it was super hard and dealt with it very badly… I did stupid things thanks to my one and only psychosis and I regret it not taking the meds or attend my doc…

After I got back to college I was still a mess socially, just after 4 years talking to my mates and friends I started to regain my social skills - I’ve lost touch with one or two thanks to them doing drugs that I don’t want to.
Although I’ve talked to them once or twice a year, but it’s not the same, you know when people use drugs usually they have thoughts of superiority among the ones that don’t use it, it’s awful…

With that said, even with my improvement in social skills I still have trouble talking when I’m not fine, but I do an effort to overcome it and try to be a good friend. Even if I’m not talkative I still listen and give my honest opinion. I’m lucky to have one or two friends that still talk to me and made 2 more on college. We all have flaws and no one is perfect, but I consider them good persons and I’m lucky to have them.

Now, the science stuff - scientists have been researching the role of complement component c4 (gene c4) and their expression on chromosome 6 - you know mutations on this gene could be due to genetics or external factors. Maybe how people are affected by this illness could be due to their mutations on this gene. This finding was very recent, it only has almost 3 years, so there isn’t a lot of studies yet to find the full extent of the consequences of this mutation. 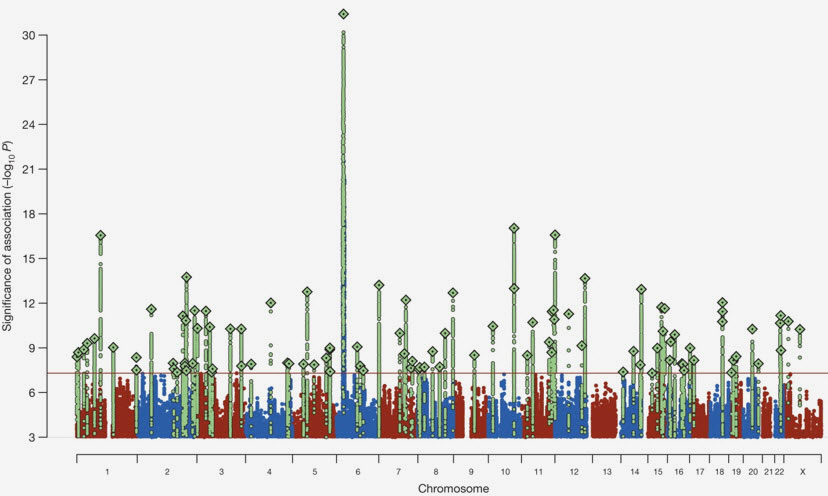 With that said, hope you’re surviving this exams period, I wish you the best on your internship and you can talk to me whenever you want

and/or inadequate performance in the workplace

Hah. My office was so afraid to lose me that they changed my position to work-from-home so that I can move to a different town (August!) and still work for my branch. A company VP signed off on this very unusual request after I was described as, “critical to the function of commercial lines” in my branch. AND there was a raise, too.

SZs can compete profressionally with neurotypicals and then some.

Psychiatrists are thinking of changing the name schizophrenia to psychosis disorder spectrum. We are all on a spectrum just like people with autism vary widely.

Hello Lenny, the C4 gene is divided into two parts- the C4A and C4B.

Will return with info as soon as I get some info from OMIM.

Hopefully it could help people to understand that functioning in schizophrenia.

The C4A/C4B gene are encoding two proteins (complimentary C4-A and B). When these genes excessively produces these two types of protein, they can cause bipolar disorder or schizophrenia. This leads to a defect in the gene, which is called a mutation. Deficiency of these genes cause a neurological disorder called lupus or SLE, and there seem to be two entries for deficiencies.

I was not able to find an inheritance type of this mutation.

Also the C4A/C4B genes work closely with other types of genes as well, especially with other complimentary system genes (like C3). This is why if this one gene is not working properly, it is possible that other genes won’t do the job as well.

Also there seems to be no entry in OMIM (catalog for genetic diseases) for this mutation either…so it’s a mystery or not well-known, at least. There’s a whole bunch of entries for schizophrenia but not for these genes.

I recommend playing D&D seeming awkward is pretty normal if you’re trying to pretend to be a whole nother person.

Also I enjoy it, its fun. I recommend playing online, but if you can, try in person. My local just has some shady grungy people.

@Greenmind, when you say you’ll start the nursing practice, does this mean you’re starting an independent practice or are you going to work for someone else? I recommend working for someone else first because there is a lot less pressure being an employee than an entrepreneur. Later on if you are willing and able to start an independent practice, you can do that then.

Internship. I didn’t know how to say it in english.

I cannot maintain romantic relationships, I have zero friends, and I’m barely holding onto a volunteer job by the skin of my teeth. I guess I’m on the low end of the schizophrenic totem pole.

It always seemed to me like schizophrenia was an amorphous, too big catch all term for a wide variety of mental illnesses. Maybe the name change is for the best.

I was similar until I found the right med combo. Zyprexa was a game changer for me. Keep searching.

Don’t feel too bad. I always thought I was high functioning. My case worker just typed me as high needs yesterday. It was a bit of a low blow. The good thing is I’ll probably continue to get SS if I ever need a review.

Maybe you will get close with your coworkers after you finish nursing school and start working. That happens a lot.