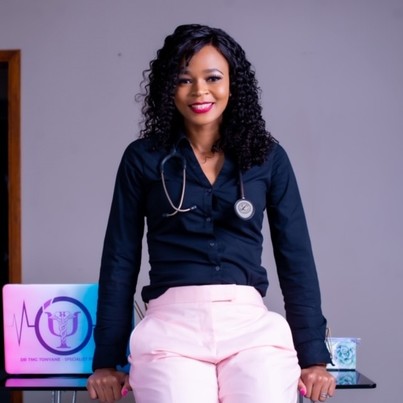 RIVONIA – Dr Tonyane said that in some cases, the lockdown intensified feelings of anxiety and reinforced existing delusions among patients suffering from schizophrenia.

" she explained that the initial phases of SZ were characterised by depression and anxiety before the acute symptoms including delusion and visual,auditory and tactile hallucination arose"

We think that,
1-She or any external observers cannot monitoring the visual,auditory and tactile hallucination when they were arose in the conscious state of the person

-in other words,she can observe and diagnosis any symptoms of sz including the depression,anxiety,delusion …etc in any time or situation ,but it is impossible to observe /diagnosis the things be called hallucination including visual,audible vocal thoughts ,kinetic or emotional ,and she has not any scientific tools to monitoring the emission time of the hallucination in a human being

The emission of the hallucination in the inner basic nature is the phenomenon be called the First- early episode of psychosis (initial phases…etc)
The emission is precedes any biological symptom or chemical event,change and effect,and precedes any psychological,mental or behavioral symptoms

The hallucinations characteristics are generated from the absolute nothing,and it was embodied in the whole conscious state of the person and becomes a part from it by extreme force (there is no self-defense )

The hallucination characteristics in reality is a living existential features of a psychological entity (s) non-human in nature,
In other expression, the hallucinations are not a symptom of sz , mental illness or genetic disease ,but it is the body structure of the condition that you call it the schizophrenia

The person has feels /perceives theses data inside himself,but the issue is vary different for who is an external observer and diagnosing the sayings /behavior of the person (sample)

ALL types of sz’s symptoms whatever they are,they are a Personal Reactions as a result of the effect of hallucination on the pathways / cognitive content of higher mental processes and the chemical background that associated with them ( the individual cultural frame /content who is determines the personal reaction responses which is represented in the diagnostic material )

*Notice that,she did not explained what is the nature of schizophrenia nature as a condition,event,phenomenon,process,cause or effect,she is like all others who talking about the schizophrenia in the international media