I made this in the ward, because I find astronomy comforting, and my brain felt like a black hole.
It’s not my best work.

Some girl in the ward who was manic really flipped her spatula over it and kept offering me insane amounts of money for it. I tried to say she could just have it, but she insisted it’d be insulting my skills if she didn’t pay what she felt was a reasonable amount for it.
We’re talking like 300$.
I can’t take that from someone who is in that kind of mental state!

Anyways, there’s a lot of physical inaccuracies, but enjoy 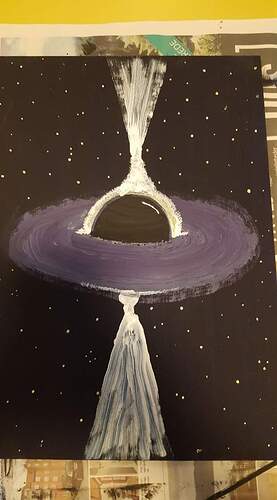 Your painting is very good, it reminded me of the Holocaust Memorial in Miami Beach. 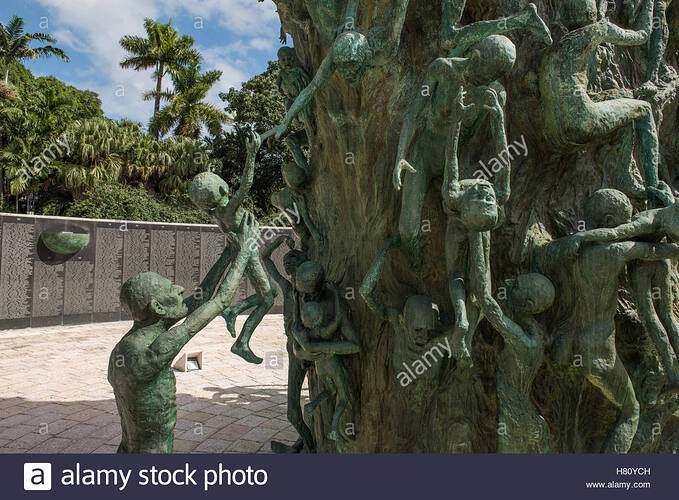 Thanks @mjseu - nice link, enjoy your Saturday in beautiful Finland

I made a bed with popsicles sticks and painted it. I didn’t keep it though. I left it in the hospital. There was a guy who built a box and painted it all black, I asked him what that is and he said its his coffin. So dark.

I discovered coloring books in the psych ward but only had two styles of coloring. One was to pick up a random coloring pen and fill out one section at a time. The other was to color it the way it was supposed to look. I impressed a few people with the former. But after a while it got old.