‘Power, Affiliation, and Achievement’ .. (bear with me)

I think I’ve felt all three talking about this disorder with the people here.

It’s the only thing I’m really good at… but writing comes along for the ride there, in that(so really it’s ok).

Lemme back up, a sec.

After Maslow, there was another famous, and I should know him by memory, bc it resonates with me, but he said (I think) these are the wants of people in companies and organizations.’ McClellan perhaps.

It always struck me as more earthly stuff, (and thus more practical to think about.).

Self Actualization from Maslow always seemed a bit corny or it’s just I never attained it, I did try though.

Do you recall stuff way back in the topic of psychology as you got sick, maybe before you got sick? Did any of this make you think anything new(if you read?).

You won’t leave me hanging, will you? 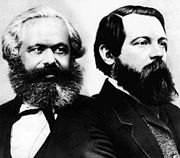 False consciousness is a term used by some to describe ways in which material, ideological, and institutional processes are said to mislead members of the proletariat and other class actors within capitalist societies, concealing the exploitation intrinsic to the social relations between classes. Friedrich Engels (1820–1895) used the term "false consciousness" in an 1893 letter to Franz Mehring to address the scenario where a subordinate class willfully embodies the ideology of the ruling class.[... 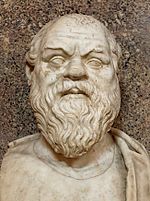 In politics, a noble lie is a myth or untruth, often, but not invariably, of a religious nature, knowingly propagated by an elite to maintain social harmony or to advance an agenda. The noble lie is a concept originated by Plato as described in the Republic. In religion, a pious fiction is a narrative that is presented as true by the author, but is considered by others to be fictional albeit produced with an altruistic motivation. The term is sometimes used pejoratively to suggest that the autho...

I went to state school in state…

The Tooth Fairy is a fantasy figure of early childhood in Western and Western-influenced cultures. The folklore states that when children lose one of their baby teeth, they should place it underneath their pillow or on their bedside table and the Tooth Fairy will visit while they sleep, replacing the lost tooth with a small payment. The tradition of leaving a tooth under a pillow for the Tooth Fairy or another fantasy figure to collect is practised in various countries. In Northern Europe, th...

Might makes right or Might is right is an aphorism on the origin of morality, with both descriptive and prescriptive senses. Descriptively, it asserts that a society's view of right and wrong is determined by those in power, with a meaning similar to "History is written by the victors". That is, although all people have their personal ideas of the good, only those strong enough to overcome obstacles and enemies can put their ideas into effect, and spread their own standards to society at large. ...

So you don’t like me? There’s faster ways to get your point across

Social undermining is the expression of negative emotions directed towards a particular person or negative evaluations of the person as a way to prevent the person from achieving their goals. This behavior can often be attributed to certain feelings, such as dislike or anger. The negative evaluation of the person may involve criticizing their actions, efforts or characteristics. Social undermining is seen in relationships between family members, friends, personal relationships and co-workers. Ac...

Most of the psychology I learned was in sociology. I was a sociology major before I got sick. Taken psychology since though too. Got a B/B+. I forget. But it was a good mark for me.

Maslows hierarchy of needs. I remember.

Man I wanna go back to school now. But I wanna study ethnobotany or something. Probably won’t tho and if I did. I’d start with 1-2 courses at CC

Thanks for weighing in, I’m glad I got you a little pumped up for more school, though only you can answer if that’s the right thing next for you.

What is an ethnobotanist? Thats a new one on me…