Poll: Who will win the Super Bowl?

Then we all eat cake.

First time trying a poll. I didn’t do it right.

I will win the Super Bowl. then I will get all the attention!

I voted Atlanta: sounds more like a USA team.

this is how I always vote…

Edit: BOTH TEAMS CAN WIN? 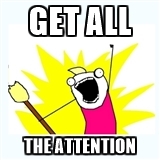 What’s a Super Bowl ? Do they put lots of spaghetti in it? Cereal? Gallons of ice cream?

First time trying a poll. I didn’t do it right.

I saw that. I punished you by voting for every thing!

Super Bowl is US sport event. you can eat or sell spaghetti, cereal, and ice cream; during the Super Bowl.

I punished you by voting for every thing!

I just voted for “both” and “neither”. I expect the results this year to be ineffable.

I think Atlanta will win, but it will be an unusual victory.

New England’s quarterback, Tom Brady, will throw a pass, but the ball will be so deflated that it will sail like a frisbee and get stuck in the roof. (Indoor stadium.)

This just in!
The Super Bowl results this year will only make sense on the quantum level. Schrödinger’s cat says he had nothing to do with it and takes full responsibility.

If New England wins Tom Brady will have five super bowl wins to his credit. Sometimes I think he is such a lucky guy, but I imagine the pressures on him take away from his peace of mind. Being a super bowl quarterback must be intense.

Being a super bowl quarterback must be intense.

if there were tents at both ends of the field, instead of end zones, then his job would be two tents.

Here's a joke. Maybe you can add one Lounge

Why didn’t the Arab couple sleep together on their wedding night? Two tents (too tense).

Then we all eat cake.

I’m cool with a partner who beats

Probably the team that scores the most points.