Paranoia, everybody is out to get me on YouTube 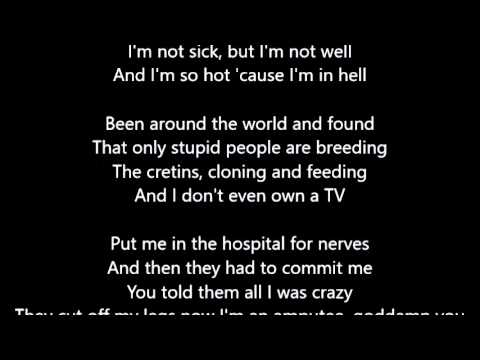 Paranoia sucks ass. I feel like my paranoia is somewhat better these days but I never try to puff up my chest too much… you never know when the other shoe is gonna drop!

What do you mean by puffing up the chest too much you never know when the other shoe drops. I interpret as positive to be free from shoes. What is your interpretation it sounds negative almost like a warning. Is there something to be scared of ?

I’m just speaking for myself like I always do. The other shoe dropping is just a term for something can always happen so just try to be as content as possible.

Yes, especially in public, some are very agitated and you never know what they do next. When i would be homeless and have to live with the insecurities coming with the homeless package, after two weeks i would be a different person, behind recognition.

When I lived on the streets I was harassed daily by people. They would stalk me as if not really wanting to physically harm me but harm my psyche my mind. It was frustrating to say the least.

Yes its like living in a jungle without privacy and shelter. Constantly on the move, its a mental coming and going from the mind. Its difficult to trust anything.

Yes- my mind is always on it never shuts off and while I was sleeping in parks and on the concrete streets i was even more in a heightened sense of urgency. I was so hyper vigilant all the time day and night.