Not strictly sz but this might be an app for some

Inspired by his own struggle with depression, a Calgary man has created a new social media app meant to connect, encourage and support individuals struggling through mental illness.

The app is meant to be an alternative to other platforms like Facebook or Instagram, where people often feel pressured to present a perfect exterior, said creator Daman Parmar.

“It’s a stigma attached to mental illness. What is that other person going to say about me?” Parmar said.

Parmar has himself struggled with depression and suicidal thoughts, and was admitted to a psychiatric ward in Calgary roughly 18 months ago.

While there, he was able to build relationships with people who could relate to what he was going through — something he never had with his friends, family or colleagues.

After returning home, he decided he wanted to recreate that experience of community through Foveo Care.

The app allows users, who can choose to remain anonymous, to create and share drawings, audio recordings and written posts about their struggles and successes.

Users can curate what kind of content they would like to see appear in their activity feed by selecting from more than 100 different categories related to mental health, Parmar said.

“With Foveo Care app, you’re free. You’re basically free to express yourself through voice, audio and art. I think that’s what people want.”

Other features allow users to send hugs, group chat or privately message each other.

The Android version of the app launched on Monday and already has more than 300 users from 11 different countries, and an Apple version will launch in the coming weeks, Parmar said. 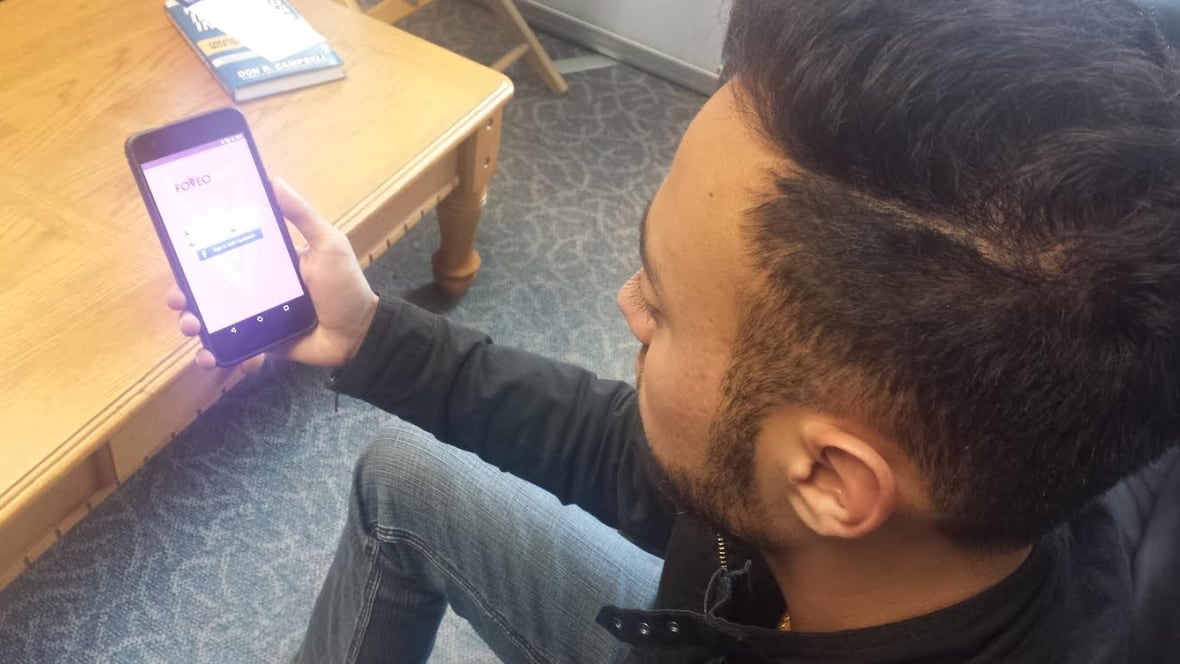 Inspired by his own struggle with depression, a Calgary man has created a new social networking app meant to connect, encourage and support individuals struggling through mental illness.

Do I just need an Android phone to use this? I know nothing about apps or smart phones. I’m planning to buy a new phone.

Says it requires Android. Like you I am clueless about smart phones/android but I know many here use that.

Does anyone know if there are age restrictions for this app?

So who might use FOVEO? Busy people with office jobs who need a little extra support, teens going through stressful changes, anyone who has battled depression or anxiety, and anyone who wants to be a shoulder to lean on. FOVEOCARE is simple to use, ensuring it’s accessible to all ages and all walks of life.