Not allowed to have my pepper spray

At my psych clinic. I have to surrender it to them when I go in. My apartment building only profits guns. I don’t know for sure about the public bus. The sign only says guns prohibited. I told my therapist at the clinic that I feel safer now that I have pepper spray on me. That got me in trouble with the clinic.

I don’t want to post in the say anything thread thread in case I post something that’s not allowed.

If everyone follows the same policy then what is the issue? Honestly. It was 20 years since the event that stopped our country allowing automatic weapons available for the public. I have a friend who still shoots. Has an old ww2 303 enfield.

I don’t want to get into the politics about it but don’t arm yourself at your clinic because if everyone follows the rules there’s not a problem! You going in armed with pepper spray to a clinic is a warning sign to me…but honestly. Is it that dangerous a place??

At my psych clinic. I have to surrender it to them when I go in.

Why is this surprising to you?

A person was killed outside the clinic Tuesday morning a week ago, and a former client was arrested, charged with capital murder. That’s got me afraid of the serial killer again. He stabbed a 50’ish year old man to death sitting at a bus stop. I bought the pepper spray because I ride the bus and he been stabbing people downtown where I live.

Yeah I dig. Give it up at the door? I don’t say don’t go armed over there but I have no fault with your clinic saying no! It should be a safe place for sure.

It really didn’t. I know guns aren’t allowed, but I didn’t think non-lethal pepper spray would be.

but I didn’t think non-lethal pepper spray would be.

Newsflash: Medical personnel don’t want mentally ill people with any sort of weapon around them. 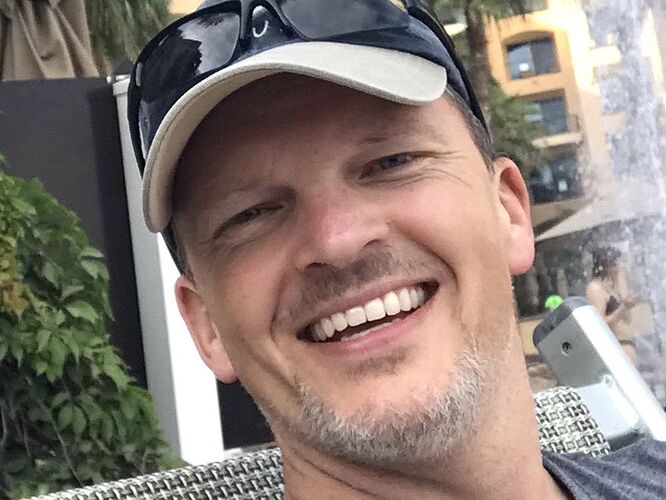 Red Deer murder suspect Deng Mabiour told police he had been chemically castrated and he killed a local doctor to “avenge” the wrong.

Medical workers getting attacked is extremely common. FYI, the doctor above was one my daughter saw occasionally when she attended the college in that town.

Thanks for the advice @velociraptor

One time I told my pdoc I had given a couple of my Klonopin to this girl who was jonesing for heroin, and my pdoc immediately took me off Klonopin. You’ve got to watch what you say with those guys.

You had very good reasons to carry pepper spray, but I gather that you have to give up your pepper spray only for the time you were at the clinic.

Yes, they give it back to me when I leave. Thanks @crimby

I understand why you feel unsafe. But I would personally feel more unsafe, if they allowed weapons in the clinic. That means others can carry them too.

It is so different here. I paused and wtf-ed when reading about the no-guns-in-the-bus-sign. It would highly confuse people here. Never before reading this, did the thought cross my mind, to carry a gun in a bus.

I would like to have one, but would not be allowed, with a history of mental illness. People are very much anti-gun here anyway and it is difficult to get one.

I did carry pepper spray right after breaking up with creepy ex. But officially it is not allowed here anywhere. Though I understand your feeling of wanting to protect yourself.

I’m not allowed under Federal law because I was involuntarily admitted to the psychiatric hospital. I’m hoping my friend who knows how to shoot will take me around with his firearm. It’s my understanding that here you don’t have to have a license to open carry, but need a license to conceal carry. Anyway I waiting to see what happens with him. He doesn’t have a mental illness and can legally have a gun here.

I think I never saw anyone but police open carry. I don’t even know if it is allowed.

I’m in Arkansas in the South. With the exceptions of schools, hospitals, and colleges it’s legal to open carry if you are 21 and not a felon. Under state law you have to post a sign saying firearms not allowed on the premises or it’s legal to have one there.

I think that was what I read anyway. I was looking into getting a gun last summer I believe, but I saw the Federal law about being involuntary admitted to a psychiatric hospital. I went to the court house and asked for the records for my case number and he printed out the judge’s order to involuntary admit me. I only have the Summons to Appear with my case number on it that the Deputy gave me. I don’t have any of the paperwork otherwise or knowledge that I was ordered to the hospital. I guess my Public Defender has the paperwork, and I have no idea how to find him.