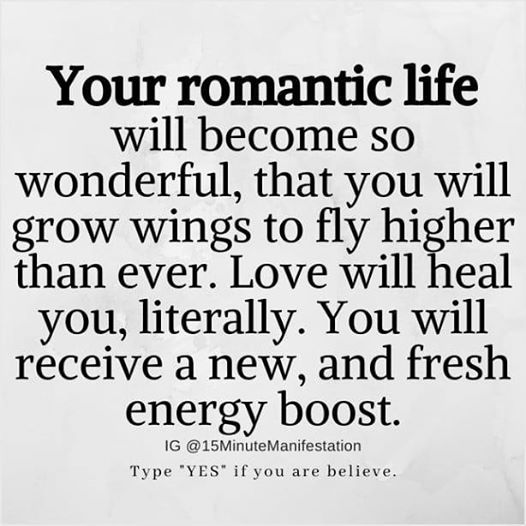 You can’t just sit around and wait for someone to fall into your life,

You have to put yourself out there.

when my soul m8 appears i will know her

My wife is at her parents this week. She left me a honey-do list. I’m kinda wishing it would grow wings and fly away.

I wish so many women would stop throwing themselves at me. Geeeez, I’m not a rock star or anything.

(I promise this is a sentence.)

I would love to marry someday.

I want a gothic style wedding.
I’m not a satanist but that’s my favourite style and throw in a hippie after party.

I wanted to marry my x in SA but he won’t take me back and we were not so sexual but he is the best man I ever met and for that I can go without sex.

The best sex I had was not stable enough for me.

I want a stable partner.
I rather they have stability and are cool and kind and respectful to me and be able to make love in intimacy n ecstasy but even share a laugh sometimes.
If my future partner is vegan that is a plus.
There are not many vegan men around though.
The few vegan men get treated like rock stars by vegan chics wanting them.ha ha ha

I would date a meat eater but want someone with a stable home.
Don’t need or want drama like I had with last x that made himself homeless.

Was pretty perfect home with x n girls but had to be true to myself and leave to become vegan.

Don’t know if I should try dating woman.
I have been attracted to women but have never had real sex with a woman only once when I was drunk and crawling and she was a prostitute that dominated me and she got paid but I didn’t get paid as I was not a prostitute and I didn’t know till I saw men give her money.
I was so drunk and it was easy to dominate me but it was tacky and I was not attracted to her.
She was a yucky behaved person.
Much worse than me.

She was cruel to me.

I want someone lives close to me somewhere I can easily drive to.

I want to be treated well.
And I want to treat him well.

I miss my x and girls and home so much but since he will not take me back I guess I will date others.

That’s a pretty intimate sharing; thanks.

I get involved in sex and romance some times.

Don’t expect a prostitute to be nice. They’ve been screwed too many times, literally and figuratively.

I want a gothic style wedding.

Weddings are a waste. Just elope and put that $$$ into a house.

@velociraptor or the honeymoon

If you’re doing the honeymoon right you’re not going to see much more than a bedroom anyhow. Might as well own the bedroom.