My niece is getting bullied at school

I found out today that my niece is getting bullied at school.

This came out in her therapy. My sister is considering pulling her out and letting her do school online. She’s in honors classes though, so my sister is hesitating to pull her out.

I’m sad for my niece that this is happening.

Sorry to hear that.

Hopefully her parents can talk to the principal or something and fix the situation.

That’s true. They did try the principal and he didn’t get back. They’re going to try again. My mom said they should go in and talk to the principal. They should probably make an appointment and go in.

Thats so unfair. I hope things stop and shes able to graduate in peace

The best thing is to help her to resolve the issue (if possible) so that she can stay in school. It’s her school as well and she shouldn’t have to give it up because of others. My daughter went through the same. In one school we had to move her - more of a matter of local politics. It happened a year later in the next school and she faced down the bullies.

I’m not recommending violence but I think a martial art like Karate or Tae Kwon Do would be very beneficial for your niece.

It will give her a lot of confidence and if the bullies ever get physical with her she’ll send them all home with bloody noses.

Plus TKD is great for young people as they’re extremely flexible and can do a lot of kicking.

The biggest thing is that most bullies aren’t used to being stood up to. Someone not being scared of them takes away the pleasure of bullying so they move on to a different target. My daughter told the girl who was spreading crap online that the only people who followed her (the bully) were those whose opinions my kid didn’t care about anyhow - told her to keep posting - didn’t bother her any. It stopped almost immediately.

Thanks @velociraptor @Cloudd3ad @Montezuma. I told my sister your advice. She has told her to stick up for herself. She’s going to tell her that again. She doesn’t want to pull her out of school. She’s going to follow up with the principal. One of the girls kicked the bathroom stall door open while she was in there and it hit her in the nose. My sister might contact the police since there was violence to ask them how she should proceed.

My sister might contact the police since there was violence to ask them how she should proceed. 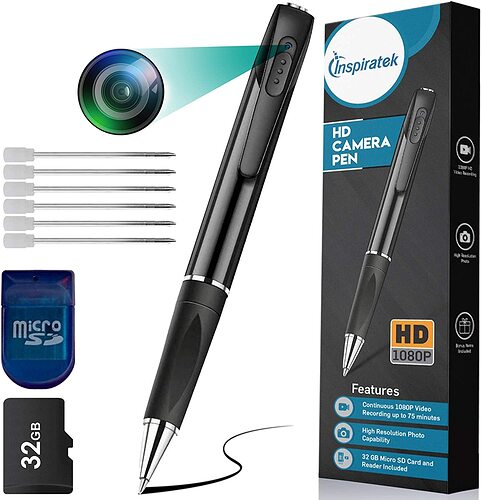 Nothing beats having evidence. Something like this pen isn’t wonderful, but it’s good enough.

Thanks @velociraptor. I told my sister.

In my opinion there is a great need for someone to be self-assured (confident within themself) to the point they can build their own boundaries and able to face situations from a head-on mind-set rather than a defeatest approach. Many have suggested some sort of martial arts. I am a fan, not only are students taught effective techniques, but any instructor worth his salt, will address confidence issues too. In terms of effective and useful martial arts my thoughts centre around MMA, Karate, Ju-Jitsu and Judo. Anything that involves hands-on sparring/live resistance which forces people to react and counter-act aggression etc. Also the beauty with martial arts rather than something like boxing is it’s a progressive study working within someone’s abilities and aptitudes, slowly building and growing strengths without any of the anxiety of putting people outside of their comfort zones. Getting involved with group activities outside of areas of study can also be very healthy when building self-esteem etc. Researching clubs/activities etc. first can also be useful when making informed decisions. In the case of physical exercise etc. it might be prudent to approach a Doctor if there are any concerns around physical health before embarking on physical exercise etc. Hope this has been of some help. Also I just wanted to add that someone aware of their surroundings and confident is less of a easy target. I have seen first hand how being able to calculate people’s moves makes people uneasy and generally they know better as a result…

I think a certain level of dealing with bullies is normal and healthy.

But kicking down doors and assault is not okay.

Taking her out of school is not going to do her any favors.

Talking to teachers/principals probably isn’t either.

They’re not the social police.

They can only do so much and aren’t super thrilled about doing that.

I agree with others that she should do confidence building.

Does she participate in extra curricular activities?

Maybe she should join a club or sport.

There is strength in numbers and belonging to a group really helps.

I just wanted to say someone who is a victim of bullying isn’t about to kick down doors etc. They are more than likely a victim because they are easy prey due to their kind nature and as such allow others to cross boundaries they shouldn’t and wouldn’t with anyone else. Confidence is key, and it can be the very difference between being a target vs not… Martial Arts training builds confidence and self-esteem, and instructors who are any good will work on someone’s confidence. It’s a healthy mind-set and steeped in tradition, honour etc. and mutual respect. A good instructor will work on someone’s self-esteem if timid etc. and humble those who think they are something they are not… Personally I think it’s linked closely to Spiritual growth, but that’s my opinion…

I was a bully and I think her best bet is having friends.

It takes time, but not if you join a group associated with the school.

It is instant belonging almost.

Martial arts is great, I agree.

There’s nothing wrong with doing both.

I just think she’ll have an easier time at school if she has friends there.

So what do you recommend to a child with cerebral palsy who is being bulled? Wax on, wax off?

What I recommend is talking to someone mature, trustworthy and is capable of listening and understanding. Physical bullying is one thing, but the mental impact can last years, or sadly in some cases they do the unthinkable! It’s important to get thoughts out into the open rather than trapped within our limited vision where they can lead to self-destruction… Talking to someone with the right attributes can put things into their correct perspectives, show the person being affected why the behaviour is wrong on so many levels and give them back the power that was taken from them together with a correct way forward. I’d be keen to hear your thoughts etc…