My dog gets a checkup Thu noon

I’ve put it off for 18 months. Apparently I spoke with a receptionist at the vets a ways back who didn’t know what she was talking about. She said it wasn’t necessary to see Aesop, my cattle dog. Oh, OK. Now, yesterday, it turns out they really do want to examine my difficult pooch. (He’s a bear to bring in; behavior problems.) So all right. It’ll be an anxious time for both of us – and for the vets staff! – but I think it’ll go better than I think. 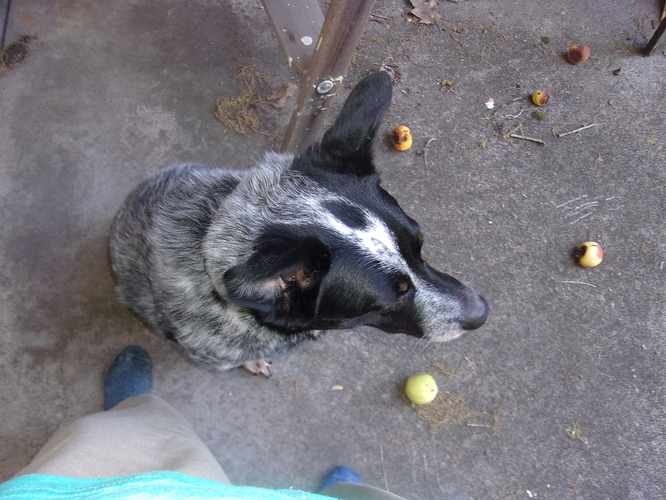 I gave up taking my cats to the vet up my neck of the woods. Bloody vultures were just gouging out profits and I’d take them in every year! It was really reprehensible behavior and it’s put me off vets!

I have one lined up who seem a bit better but it’s a bugbear of mine that some vets try to profit off people who love their pets! I’m a pensioner and last time my little girl went in it was a $1000 bill!

My rant for the day!

Yes, it is a racket. They’re a bunch of sharks. In the States, some vets take CareCredit, which is a healthcare credit card for low-income people. I have this service, so hopefully this hospital still takes my card. If they don’t, then I’m looking at maybe $200 that I don’t have!

Mate. Hope it all goes well. Just stick up for what is right! BTW. Two things going your way…

Cattle dogs are absolutely champion animals! Lots of moxy! and …Aesop is such a cool name for a dog!

Thanks a lot! I think we’ll be fine. Then it’s home again jiggety-jog.

Yep. Pic taken on that same Saturday a few weeks back!