Muslims save Christians from being massacred in Kenya

The terrorist group Al-Shabab stopped a bus traveling in Kenya to kill the Christians aboard the bus. Instead of separating as requested, the Muslims aboard the bus refused, saving the lives of the Christians that would of otherwise been mowed down. A very inspiring story, somehow I doubt this makes the news like San Bernardino though. 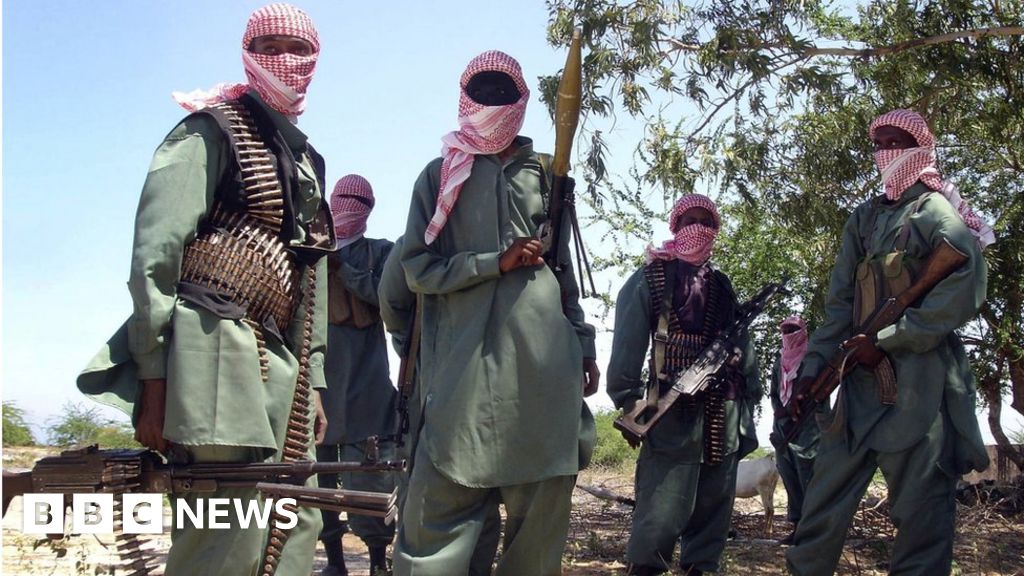 A group of Kenyan Muslims on a bus attacked by Islamist gunmen protected Christian passengers by refusing to be split into groups, witnesses say.

With all the animosity between Christians and Muslims I think this is wonderful. It shows there are more important things than which god you believe in.

Thanks for sharing this. It’s refreshing and inspiring.

Thanks for sharing this.

I agree. @sarad could tell you about a time not very long ago when the roles were flipped, though.

Yeah christians made a lot of mistakes in the course of history too. It’s not a black and white thing like that.

Christians certainly are not innocent…

But the crusades were won by the Muslims for the most part.

With massacres coming from both sides

But yeah religion has been bad over the years

We’re improving I believe but still far to go!

I hope carry on my wayward son comes true

I was thinking of the Bosnian war in the 1990s, where Bosnian Muslims were systematically exterminated by Serbian (and Croatian, to a lesser degree) Christians.

Sara would probably also say that religion functioned as a form of ethnic and national signalling. But Christian atrocities have happened in the very recent past - the Holocaust and the Pogroms being other glaring examples.

I think holocaust is bad example

I may be wrong but I believe nazi Germany was on the verge of becoming an atheist nation…or a worship hitler nation…he thought he was greater than Jesus…he thought he was god…evil evil man. I’m a gnostic Catholic/Jew ftr which you already knew

I don’t think christianity was the driving force of hitler

And yeah much of religion has been bad to the earth…like I said. But also good. Not sure why you ALWAYS have to resent me rhubot, it’s getting ridiculous

Radicalists of any religion is bad … I dated one I know…

Not sure why you ALWAYS have to resent me rhubot, it’s getting ridiculous

??? I’m going to back out of this conversation. Hope you feel better soon.

Yeah, and we shouldn’t forgot that it is never just about religion - as the matter of fact, it is the least about religion - it serves as an ideological fuel and so called “higher cause” when it is in fact political to the core.
Ordinary people, well persecutors as well, are nothing but a collateral damage or players in political monopoly game.

Speaking about the last war ( it was in Bosnia and parts of Croatia as well) it wasn’t unusual that “big war actions” got a special ceremony of ‘blessing’ by the Orthodox clerks. None of them was processed for the role they played during the war.

You always argue with me for no reason…

Ttp, one day you’re going to make enough personal attacks that people stop forgiving you. How about not today?

Terrorism has no religion. @turningthepage

We had a lot of refugees resettled here during that time, and for a little while I helped the mom of a kid I knew teach ESL in their apartments. It really stuck with me.

That’s the dangerous thing, it’s a tool for leaders of whatever ideology to mobilize the population, to reassure them that they’re in the “good” group, that the other side is somehow less than human. It’s what’s happening now in both directions.

And back to the original topic, it’s wonderful to have examples like this of where the people don’t fall for it, even when it’s in their clear best interests to do so. Thanks again, @Bipolar_Bear, for sharing that.

it’s a tool for leaders of whatever ideology to mobilize the population, to reassure them that they’re in the “good” group, that the other side is somehow less than human. It’s what’s happening now in both directions.

Add to it those people’s poor economic and social conditions, perhaps a high rate of illiteracy, and god knows what else and you got a perfect material for making a blind, fanatic follower.

I read about acts of solidarity against rising islamophobia all over the States.