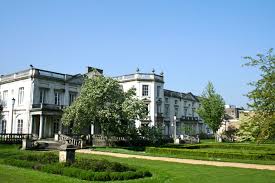 a one-day international conference at the University of Roehampton on 18 September 2015 The Council for Evidence-based Psychiatry invited global leaders in the critical psychiatry movement for a one-day conference which addressed an urgent public...

a one-day international conference at the University of Roehampton

Will wait for the personal attacks, ad hominem & straw man arguments, for the thread to be closed & moved to ‘unusual beliefs’. lol.

i need to take anti-psychotic medication along with anti-anxiety medication and diazepam plus something to strengthen my tummy as it is sensitive (never use to be) but is now,

yeah i need to take them despite everything that will be said in this live stream or read here,

‘they cannot and will not scare me off of my medication’

they do a really good job keeping my symptoms at bay and allowing me to function and do everything i want it to do.

Thank you for this information. I will be meeting with my doctor Sept. 14th to discuss why I am discontinuing drug treatments as a way of managing my schizophrenia. He is an extremely unsympathetic doctor sitting in a couchy job that will no doubt reject everything I say.

I requested my Mother be present from now on during my sessions with this doctor as he flatly refuses to accept my personal experience that antipsychotics do me more harm than good.

I used to be an amateur bodybuilder before becoming sZ and know all about diet, nutrition, and enough about neurophysiology to knoow that the drugs are hurting me.

It seems to me that indeed some questions may be raised that have to do with over-medication, off-label prescription, and rocketing numbers of MI diagnosis. The thing is, as a clear-cut case of schizophrenia myself, I am not going to dig into these issues myself.

For example, it may from some point of view be interesting to provide a detailed description of how one perceives of the identity of the voices one hears. But I am not going to go there. For I put much effort in deconstructing the idea that the voices are subjects of any kind in my first episode, for that was the root of my distress. Now even though they seemed subjects to me once, pondering about how much they seemed to have personality etc. will only give me a foothold to interpret hallucinations in terms of subjects again whenever they occur - and this will cause me distress again. So such is an activity I stay away from, to manage my interpretations in future episodes as much as I can.

I know that during psychosis, almost anything goes. But some firm beliefs or commitments can stay in place. All I can do to prepare myself for future psychosis is to enforce the beliefs and commitments that will allow me to get out of it. To me this comes down to two things: firstly, I want to preserve the insight that this is merely schizophrenia what’s going on, and not anything else. Accordingly, I indulge in readings about schizophrenia, and not about telepathy and the stuff, yes, I identify with my illness as a means to preserve insight in future episodes. Not sure if this is recommended by the pro’s. Second, I maintain a pro-attitude towards medication. I have never been medicated against my will and I do not plan on being so. It seems a terrifying experience to me. Too much of a nuanced view about it will give me foothold to distrust medication during psychosis. I am not going to encourage that, for I know the relief it can bring.

i’m Not opposed to a wise use of medication, & i take a low dose of one medication. i personally accept my diagnosis, condition, illness & medication. i’m also keen on more comprehensive psycho-social help & support approaches & an acknowledgment of the spiritual in mental health care, for those to whom it is in any/whatever way important.

i do feel that i could have been & could be far better helped with more comprehensive psycho-social approaches.

Your right. These drugs can destroy your health(happened to me). On a side note, I believe they hamper muscle growth.

In my case it did seem like they reflexively prescribed medications some times. Now that I am on them I don’t think I can come off them. It’s never worked when I tried that. I wish they hadn’t been so eager to make me take medications back when I could have made it without them.

Filmed at the Emmanuel Centre on 12th november 2014.

Drug pushers. We tend to associate them with the bleak underworld of criminality. But some would argue that there’s another class of drug pushers, just as unscrupulous, who work in the highly respectable fields of psychiatry and the pharmaceutical industry. And they deserve the same moral scrutiny that we apply to the drug pedlar on the street corner. Within the medical profession labels are increasingly being attached to everyday conditions previously thought to be beyond the remit of medical help. So sadness is rebranded as depression, shyness as social phobia, childhood naughtiness as hyperactivity or ADHD. And Big Pharma is only too happy to come up with profitable new drugs to treat these ‘disorders’, drugs which the psychiatrists and GPs then willingly prescribe, richly rewarded by the pharma companies for doing so. In the last decade the use of antidepressants in the UK has doubled and in 2012 50 million prescriptions had been written for them. It’s a similar story for hyperactivity: the use of Ritalin has tripled with 800,000 prescriptions written by 2012. Even worse, argue the critics, the scientific and ethical flaws in the research behind some of these drugs have purposefully not been published. Meanwhile the real underlying causes of behavioural problems and human misery are often left untreated.

That’s the view of those who object to the widespread use of the ‘chemical cosh’ to treat people with mental difficulties. But many psychiatrists, while acknowledging that overprescribing is a problem, would argue that the blame lies not with themselves. For example, parents and teachers often ramp up the pressure to have a medical label attached to a child’s problematic behaviour because that way there’s less stigma attached and allowances are made. And psychiatrists and the pharma companies also take issue with those who argue that the ‘chemical imbalance’ theory of mental disorder is a myth. ADHD is a real condition, they say, for which drugs work. Research shows that antidepressants really are more effective than just a placebo, especially in cases of severe depression. Scientists are now working on a completely new kind of antidepressant for people who have endured incurable depression and anxiety for decades – with promising results so far. Human suffering will never be eradicated but evidence shows that pharmaceutical drugs have improved the lives of millions around the world.

Im not a big fan of Antipsychotic medications, but I really dont have much of a choice.

I mean I guess I could ignore my pdocs wishes and try to go without an Antipsychotic, but this is very risky, and I understand this.

I wish that there was another way, these APs have way too many side effects, especially affecting the heart and metabolism, thyroid, higher prolactin levels etc etc…

But until they start to come out with safer Aps that prove to be more effective - I am stuck with harsh meds like Risperdal.

Taking these meds at lower doses can help a bit.

I do not totally disagree with you @Apotheosis - Just wish that there was a better way.

I do not totally disagree with you @Apotheosis - Just wish that there was a better way.

i do hold value in the more comprehensive psycho-social understandings & approaches. But i am Not anti a wise use of medication.

You’re so lucky to have a pdoc that is suggesting you get off of the drugs. My pdoc refuses, hence why I’m changing that.