From what I know it’s bcoz of more dopamine secretion

So the anti psychotics cut down the dopamine. Am I right?

I think @Aziz knows a lot about this

Ok hopefully @Aziz will answer it

I’m Not An Expert On Dopamine. Or Secretion Of Such Dopamine.

But!, The Idea Seems Strange.

Honestly I Never Looked Into It.

Something Along The Lines Of More Dopamine The Better You Feel?.

I Always Remind Myself Mind Over Matter.

But!, When One Gets A Headache, That Saying Seems Like Some Form Of Dopamine Sarcasm.

Here is the Wikipedia article on dopamine antagonists and here is one on receptor antagonism.

Ya I also remember reading along such lines

Even I thought so that with sz we have more dopamine

Too much or too little. Neither are good. 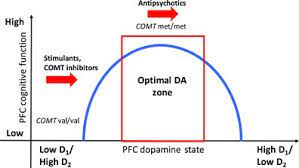 Ya u r right

Too much or too little both not good

Thx for the diagram

Its why meds can make negative symptoms worse by blocking dopamine in all brain parts.

in some cases i believe. in some cases they need more dopamine i think. Also the same with serotonin. Some meds reduce it and some increase it. I believe antipsychotics primarily act on these two neurotransmitters. And so i suppose thats why there are many different medications. Perhaps you need to find the one which increases or decreases dopamine and serotonin to what your brain needs and also in what measure. Its probably a lot more complicated than that but that’s how i understand pharmaceutical antipsychotics very simply put.

Thx @Aziz as always for the insightful answers

I think that’s what happened in my case

Thanks @ThePoet for a sensible answer