You are an eyewitness to a crime: A man has robbed a bank, but instead of keeping the money for himself, he donates it to a poor orphanage that can now afford to feed, clothe, and care for its children. You know who committed the crime. If you go to the authorities with the information, there’s a good chance the money will be returned to the bank, leaving a lot of kids in need. What do you do?

I would report the crime.

I would also report the crime.

I would like to report the crime although I’d be too paranoid that someone such as the criminal would come after me so I would not report it because of that.

I would look the other way. The bank is insured. Let the rich people suffer. Dngaf

It’s not my birthday.

No, it’s your cake day. You joined the forum one year ago today.

I wouldn’t say a thing. Banks are insured, and often the poor have no security.

The bank is insured. Let the rich people suffer.

The rich people don’t suffer, the rates are applied across the board. That means you’re penalizing the struggling stay-at-home-mom who is running a dayhome to try and feed her own kids and now her mandatory insurance is unaffordable. Yes, I’ve dealt with this in the past few months.

I would report the crime also.

They wrote a story about this! Are you for Robin Hood or for the Sheriff of Nottingham?

Robin Hood all the way!

The first part, about the man robbing the bank and giving the money to the poor, is very similar to Fyodor Dostoevsky’s novel “Crime and Punishment”. In the novel an impoverished young man decides to kill a money grubbing old female pawnbroker and use the money he steals from her doing good in the world. Almost immediately after he kills her he feels excruciating guilt. In the end he admits what he has done and accepts his punishment.

I don’t have a lot of love for the banks, I can see how it’s going with them.
I don’t have a lot of love for criminals in general, but here I would mainly think of children.
I think the banks are less to be pitied than these poor kids.
The banks are totally responsible for the subprime crisis. I know I shouldn’t say that here, it’s not necessarily the right place but look in Europe for example how it went for the Greeks.
I think the system we live in is a bit rotten. I won’t say more because I would say political things.
I’m sorry but I had this to say tonight.

The difference in crime and punishment, is that he committed murder. That is a far worse crime than theft, by far 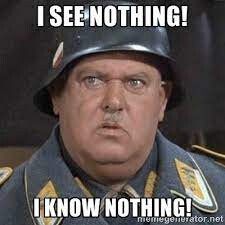