From schizophrenia to depression we assume our psychiatric diagnoses are real. But as the mental health epidemic turns global, the categories now seem like the cause. Is it time to abandon our biological account of mental illness? Or is it the best strategy we’ve got?

Simon Baron-Cohen:Professor of Developmental psychopathology at the University of Cambridge in the United Kingdom. He has worked on autism, including the hypothesis that autism involves degrees of mind-blindness (or delays in the development of theory of mind) and his later hypothesis that autism is an extreme form of what he calls the “male brain”, which involved a re-conceptualization of typical psychological sex differences in terms of empathising-systemising theory.

Richard Bentail: Professor of Clinical Psychology at the University of Liverpool in the UK. His wide range of research interests include childhood trauma, psychosis and public mental health.

Dinesh Bhugra:Professor of Mental Health and Diversity at the Institute of Psychiatry at King’s College London. Honorary Consultant Psychiatrist at the South London and Maudsley NHS Foundation Trust and past President of the Royal College of Psychiatrists. Currently President Elect of the World Psychiatric Association.

Polly Toynbee: British journalist and writer, and has been a columnist for The Guardian newspaper since 1998. 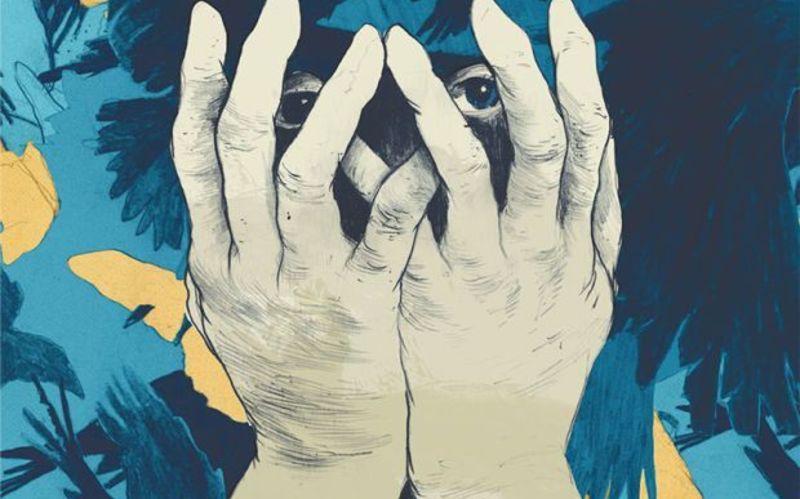 From schizophrenia to depression we assume our psychiatric diagnoses are real. But as the mental health epidemic turns global, the categories now seem like the cause. Is it time to abandon our biological account of mental illness? Or is it the best...

It seems that we come to the ever present “nature or nurture” construct. There are those who argue that gender is a social construct, and others who believe we can find a gene for every trait. (One guy thought he found a gene for “beringedness” - the tendency to wear rings". I would like to know what this doctor means by the “male brain”.

I think one of the most important thing they mention here is the extent of normalcy, and what it means to be “normal”, that it actually doesn’t exist, but various degrees of experiences.

There were so many great points in this. Anyway, I got cut off!

Reminds me though of something my niece said to me the other day:

Forgot how it ended if it wasn’t just laughter.

I rather like Simon Baron-Cohen’s views and his idea that Autism in the right environment can have its advantages and the individuals can be seen as gifted.

Bah, some other things I forgot already.

Oh that’s what had me tripping was the talk of how happiness can be seen as a mental illness because we can be irrational when happy. But we like being happy. Whereas depression can be more realistic.

A proposal to classify happiness as a psychiatric disorder.

It is proposed that happiness be classified as a psychiatric disorder and be included in future editions of the major diagnostic manuals under the new name: major affective disorder, pleasant type. In a review of the relevant literature it is shown that happiness is statistically abnormal, consists of a discrete cluster of symptoms, is associated with a range of cognitive abnormalities, and probably reflects the abnormal functioning of the central nervous system. One possible objection to this proposal remains--that happiness is not negatively valued. However, this objection is dismissed as scientifically irrelevant.

Is happiness a mental disorder?

In a satirical proposal to classify happiness as a psychiatric disorder, Richard P. Bentall of the Liverpool University notes that it is a statistically abnormal psychological phenomenon that is associated with a range of cognitive abnormalities. ...

The future: a blissfully unhappily-happy society???

Anyway, I have to admit when I’m in a highly depressive mood I tend to feel happier (somehow if that makes sense).

Judging from what I’ve been seeing and hearing, “normal” people are in the minority, if that’s not an oxymoron.

Yeah, I don’t even know what that means. I’ve never met a normal person in my life.

As long as a person doesn’t happily rob banks or shoot policemen, I wouldn’t worry about it.

I got this is in my email and listened to it several days ago. It was interesting. I certainly think we need a more comprehensive/holistic approach to mental health. One that goes beyond just a tick box list of textbook diagnostic symptoms and considers the whole person.

Normal is kind of useless in mental health. What was “normal” in NAZI Germany, for example, in many ways was not healthy. Useless.

Functional would be at least better.

I don’t really feel the need to be like everyone else in terms of normalcy, but when I notice that most people in my society can take care of themselves, and I can’t seem to do so, then something is probably “wrong”.

I would like to be able to function independently and take care of my own self, not have to depend on others. That is my goal. Not to be “normal”.