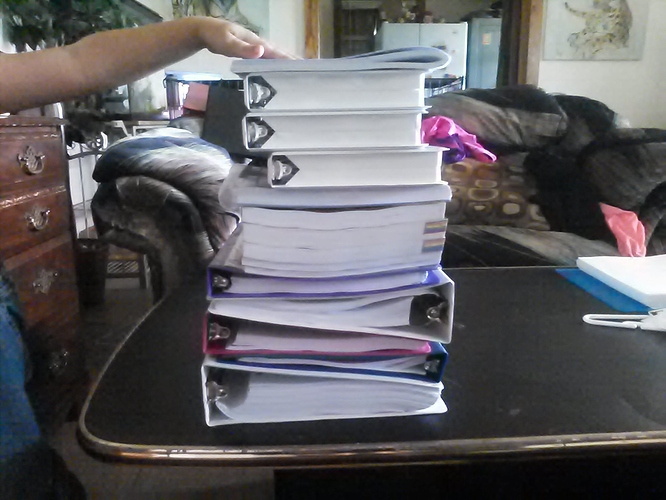 And that stack is missing an entire three inch binder! For kindergarten!

OMG, that is craziness.

All I cared about was singing B-I-N-G-O and bingo was his nameo.

That…and your reply… looks like a screenshot I could use for the Caption Contest!

That’s The Scream by, um, you know, that famous artist.

He painted that portrait to show what man feels when he realizes his own carbon footprint.

I believe it was Edward Munch,

but I’d have to search it again.

Until now I was only worried I’m not smarter than a fifth grader.