Maps have revealed “hotspots” of schizophrenia and other psychotic illnesses in England, based on the amount of medication prescribed by GPs.

The analysis by the University of East London showed North Kesteven, in Lincolnshire, had the highest rates.

The lowest rate of schizophrenia prescriptions was in East Dorset.

However, explaining the pattern across England is complicated and the research team says the maps pose a lot of questions. 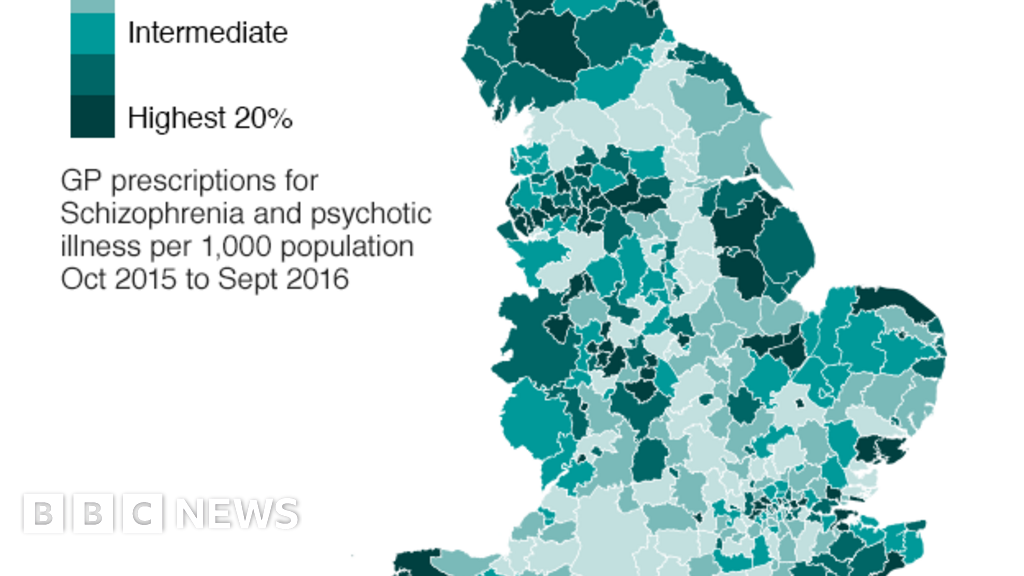 A study of GP prescriptions reveals patterns of the mental illness in England.

It may be relevant re what environmental differences result in the differing incidences of schizophrenia.

Bizzarre. Why is it not evenly distributed?

lol that’s so strange, I literally live in North Kesteven

It suggests environmental differences between the areas? The interesting thing is that North Kesteven is reckoned to be the least socially deprived area in Lincolnshire.

The predominantly rural nature of the district has encouraged people to move to the area to take advantage of its quality of life, low crime rates, relatively low house prices, good-quality education and local heritage. This is reflected in research, which has shown 90% of residents are satisfied with their local area as a place to live and 82% of residents feel their area is a place where people from different backgrounds can get on well together. North Kesteven's residents live in around 100 ma...

I’m a little sceptical of these results given that antipsychotics are prescribed for a number of things more than schizophrenia/schizoaffective.