Management culture and mobbing in a social organisation: whether a special status provides a guarantee of safety

Mobbing has been quite widely analysed in employees’ relations by various authors from different countries. However, the mobbing prevention issue, with the aim of improving the level of management culture in a social organisation, is rarely discussed. Usually, a social organisation is interested and obliged to take particular care of the employees’ wellbeing, with respect to the fact that employees with certain disabilities are working in the organisation. The employees’ health and safety policy implemented by these organizations includes the following aspects: constant provision of information, instruction, supervision with a view to employees’ safety; introduction of systems that allow to implement a quick and effective communication with employees of the company on health and safety issues; the continuously functioning system of identification of the threats to employees, decision-making and feedback. However, most of the means are oriented towards workplace adjustment and employees’ physical wellbeing. In addition, it is necessary to take into account that the relationship of healthy people and people with disabilities working together is affected by explicit and implicit provisions unfavourable to the disabled people. Thus, the issues of managerial staff competencies when organising work processes, maintaining healthy employee interrelations and a positive psychological microclimate are relevant.

The research problem is the question of what employee interrelations disturb the activities of the organisation and, after such disturbances are diagnosed, how to improve the management level in an organisation by using prevention means.

The abundance of research on mobbing in relations between employees shows the lack and/or ineffective application of preventive measures of the problem. This is also confirmed by Kemp (2014) arguing that there is a paucity of research into effective prevention and intervention programmes. Preventive measures that focus on the whole workplace culture or on targets alone have mixed results. According to the author, workplace policies and procedures may lessen the prevalence and incidence of bullying, but often competing interests of senior management, human resources personnel, supervisors and workers may mitigate any anti-bullying interventions. Branch, Ramsay, and Barker (2013) note the fact that the solution of theoretically raised problems of mobbing remains a not fully resolved problem in practice. Based on Dolinar, Jere, Mesko, Podbregar, and Eman (2010), it can be argued that the key for mobbing prevention is raising awareness among employees and also in the whole society. The experience of researchers, both directly and indirectly presenting solutions for prevention of mobbing in relations between employees, is indisputable in this area (Arenas, León-Pérez, Munduate, & Medina, 2015; Gillespie, Gates, & Fisher, 2015; Ioana, 2014; Marcilla-Gutierrez, 2010; Ovejero, Yubero, & Moral, 2011; Psunder, 2011; Waschgler, Ruiz-Hernandez, Llor-Esteban, & Jimenez-Barbero, 2013; Yang, Caughlin, Gazica, Truxillo, & Spector, 2014; etc.). However, the persons responsible for the implementation of decisions are not always able to effectively apply them in practice (Zukauskas, Vveinhardt, Melnikas, & Grančay, 2015). Undoubtedly, not all preventive measures are suitable for absolutely all organisations and all individuals without exception. For example, results of research made by Giorgi, Ando, Arenas, Shoss, and Leon-Perez (2013) demonstrate the importance of considering individual differences as predictors of bullying and, in particular, it suggests that mental health promotion might play a role in bullying prevention. The authors state that, in addition, findings indicate that organisational interventions for workplace bullying may benefit from introducing elements aimed at improving group cohesion and organisational climate. According to Beirne and Hunter (2013) effective action against bullying involves more than policy-making, rule forming and guideline setting. According to the author, it is important to cultivate the resilience of those at the sharp end of anti-bullying projects, and engage with managers and employees who experience difficulties or confront unpalatable changes to their work situation as anti-bullying initiatives develop. Hutchinson’s (2012) research concludes by suggesting that a multidisciplinary approach to understanding workplace bullying as a work and employment relations issue is a fundamental step in its prevention. According to Tonini et al. (2011) prevention can be carried out only through effective information and training of workers and employers, who have the legal obligation to preserve the integrity of the mental and physical status of their employees and colleagues during work. Pai and Lee (2011), after analysing risk factors for workplace violence in clinical registered nurses, state that for violence prevention, interventions should be sensitive to personal factors. Guglielmi, Panari, and Depolo’s (2009) research data seem to confirm that mobbing prevention can be implemented starting from the psychosocial work environment and management of relationships, especially involving leaders and colleagues. Weber, Hörmann, and Köllner (2007) also maintain that prevention against occupational mobbing must be given high attention. 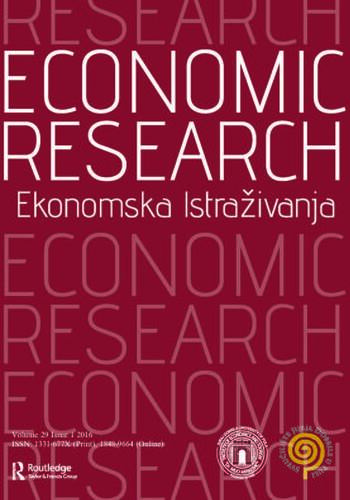 Management culture and mobbing in a social organisation: whether a special...

(2016). Management culture and mobbing in a social organisation: whether a special status provides a guarantee of safety. Economic Research-Ekonomska Istraživanja: Vol. 29, Including Special Section: 7th International scientific conference by Juraj...