What are your psychedelic experiences?

I lost a part of my mind on psychedelic drugs

I had heard a few horror stories about acid before I took it. For example, people on LSD jumping out of windows because they thought they could fly or people taking it and “never coming back down” from the high.

Most people know that for a lot of drugs there is some kind of inherent risk, even for stuff like marijuana or even hash. So when my friend got me to take acid for the first time when I was 16, I was a little wary beforehand. But we took it and it it was kind of a weird high but we had a lot of fun and laughed a lot.

When we were both 16 in 1977 my parents drove me and this same friend and two other guys up to Oakland, California to see Led Zeppelin in concert. It was an outdoor concert at Oakland Coliseum ( a baseball and football stadium) and it was my very first concert. We got dropped off and we had already planned to take LSD and soon we bought some outside the Coliseum and took it.

Well, because I’m a recovering drug addict now I don’t endorse taking drugs or drinking but we had a blast. I took LSD a few years later and it triggered my schizophrenia but at the concert when I was 16 the whole concert was just one great, fun, trippy experience. There were about 50,000 people there and we just tripped out watching all the people and we were just in a nice drug-induced haze the entire time. Incidentally, it was Led Zeppelins very last U.S. concert.

But yeah, we walked around among all the people and sat in the bleachers and then walked down to the lawn which was perfectly cut grass because they played baseball games there.

The very next year I got my first car and me and my friend drove up ourselves to see the Rolling Stones at the same place. We had a blast there too but the 50 mile drive home on the freeway going 65 mph hour in my beat up old 1966 Chevy while still high off the acid made the drive a little dicey and nerve wracking.

OK. Those were the fun times. But then I started having bad trips. I had bought a bunch of acid when I was 19 to sell but I kept sampling my own product and like I said, I had four or five just horrendously bad trips.

Then I became schizophrenic. After I got diagnosed I instinctively knew I could not take acid anymore. My mental state was fragile and from taking acid for about 15 times before getting diagnosed I knew that if I took it I would not be able to handle it and it could really damage me.

So I have to admit, when I was 16 to 19 it was just fun but I didn’t have to be a genius to know that if I took it again it might really, really, mess me up seriously and permanently. It just wasn’t worth the risk at all, plain and simple.

I don’t do drugs because it tends to trigger my voices. But I act as “mumma bear” when my friends want to do drugs. There have been times when everyone is paranoid except me. Ironic, considering my psychosis was the other way around…

What will happen if you took lsd whilst on APs? I obviously would never do it but would it just cancel the trip?

They fight for the same receptors don’t they?

I would avoid this like the plague, I was formerly a hardcore drug user and I did everything except hallucinogens, I figured I was already hallucinating and I didn’t need to make things any worse.

Simply put, psychedelics, although revealing and fun at times, bind to 5HT2A receptors that are co expressed with mGluR2 (Metabotropic glutamate receptors). Without learning about psychedelics we would have never figured out the serotonin hypothesis of schizophrenia. Literally almost all Second Generation Antipsychotics block/antagonize 5HT2A receptors and Dopamine 2 receptors less so.

Google 5HT2A-mGluR2 heteroreceptors or heterodimers and you will see what I mean.

As for taking these drugs… I did them back in 2005-2006 and I snapped in 2012-2013 and have finally gotten my head on straight in late 2017. I do not recommend them if you have a family history of mental illness (I have a family history). If you want spiritual guidance, cosmic enlightenment, to open doors that cannot be opened without psychedelic use, then by all means try psilocin mushrooms because the potency is far less than what you will get with a tab of LSD or whatever substance they put on tabs these days now, might not be LSD, might be 25I-NBOMe.

I’ve done a lot of drugs,

Including LSD and mushrooms.

The only problem I’ve ever had with any of them is liking them too much,

Which, of course, is a big problem to have.

never tried lsd… I played with mushrooms about 5 times before I had a bad trip. haven’t tried em since…

.long story short I passed out and saw the eye of sauron from lord of the rings…it was a big dose.

No LSD for me, and the closest I got to mushrooms was those on a pizza and some mushroom soup.

I did some Mescaline in college.
Big mistake!
It triggered my Schizophrenia.

I never did hallucinogens – just weed made me trip balls, no way was I gonna go for some acid or shrooms.

I also abused dramamine in college, which made me trip too. I highly suggest not doing that haha

Just watching the 1980 movie, “Altered States”, was enough for me. 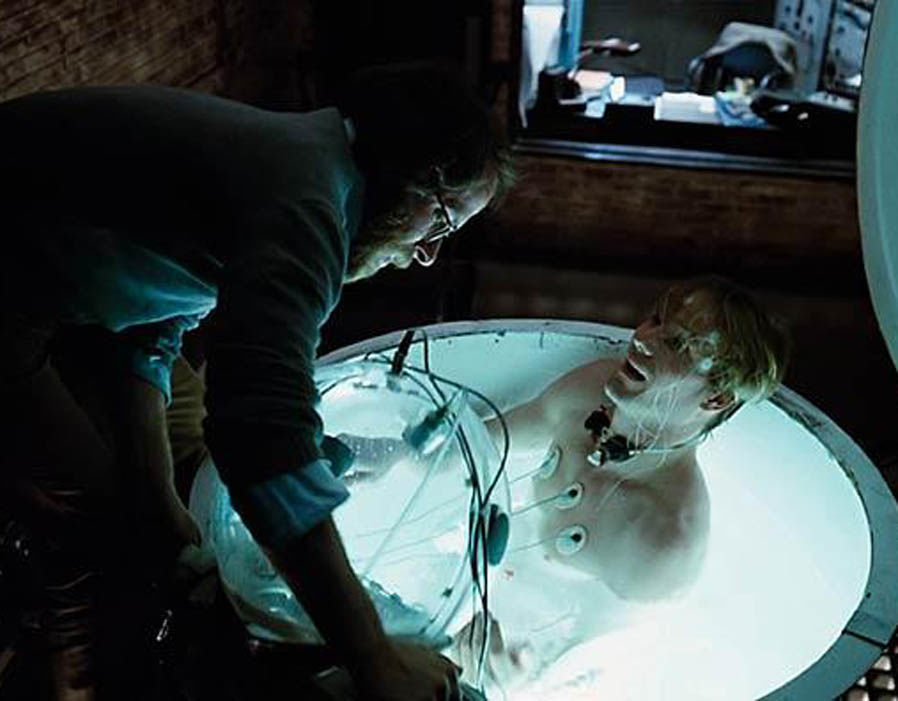 I always enjoyed LSD. Only did mushrooms once and got not much from them. Only remember ever having a truly bad trip from aMT

I used acid a handful of times, mostly in high school. Had one bummer trip, but I was fine alter I got some sleep. Never did well the 2-3 times I tried shrooms, but again I was fine once the effects wore off. Wouldn’t recommend tripping on any drug after coming down with schizophrenia. Just better to exercise a little more caution with psychedelic drugs after experiencing and being more susceptible to psychosis.

When it was good it was fun. When it was bad it was horrible but humbling at the same time. It’s been a few years, though.

I tripped over a hundred times in my teens…never did it again after college…but I did do mushrooms too a lot just depended on what I could get my hands on…had a bad acid trip at a Grateful Dead concert and never did it again…no way would I try mushrooms or acid now that I am schizophrenic.

I never took them because I always knew instinctively that I’d never come down off of them.