That phrase in the title is from a cartoon which is really popular in Scotland. Just means ‘my goodness’

But yeah is cold outside. Have put on the electric blanket 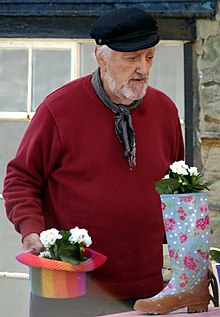 Bernard Joseph Cribbins, OBE (born 29 December 1928) is an English character actor, comedy actor, voice-over artist and musical comedian with a career spanning over seventy years. He has been in work consistently since his professional debut in the mid-1950s. In Britain, during the early 1960s, Cribbins became known for his successful novelty records, especially "Right Said Fred" and appeared as Albert Perks in The Railway Children (1970). He narrated The Wombles, a BBC children's television ...