if you are capable of taking care of yourself then there isn’t much you actually need from someone else. It’s more of a desire thing.

Amen, straight up, and high five (maybe even ten), brother. 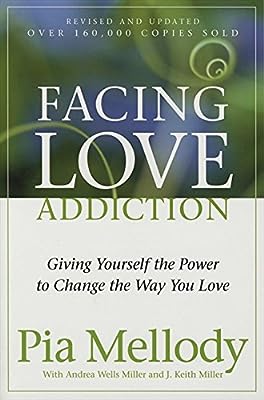 Facing Love Addiction: Giving Yourself the Power to Change the Way You Love

Also, I just want to say, though I may have been guilty of this in the past, this site is not a dating site, and the men here should redirect their attentions toward upward mobility in other ways. Just saying.

+++and women (nothing whatsover personal intended however) (and… “just sayin’.”)

Well, the women should tone it down too, but a lot of times we are just having fun, and then it turns ugly sometimes.

I don’t know Moses, you tell me.

Moses, you tell me

Just joking, really. You had a real good point though. I have been going to 12 Step meetings for years. “13th stepping” is typical, but then, how else would some of us have gotten sober if we hadn’t been able to switch addictions? (VERY frankly, the women of AA and NA carried me on their backs until I could walk on my own.)

the women of AA and NA carried me on their backs until I could walk on my own.)

i hate interet dating, i wish i could meet someone in the real world,

and its not about worthless desires, i want someone to share with and maybe start a family with, thats not a bad thing is it?

I met Mrs. Pixel sixteen plus years ago back when online dating was still ‘dangerous and freaky’. We’ve been married for just over fifteen years. It worked for me.

I date myself, lol. I never lose.

Keep it civil yos I dont think anyone on here shares a locality anyways.

Or the even stranger:

Whenever I’ve done internet dating, it rarely is in cyber space for very long.

They have something on POF in which the guys click on “Want to Meet You” and you can give them your text number, and eventually set up a meet and greet.

I had preferred to meet a new guy within one week, and then after meeting him, if I don’t text him back, he gets the clue that I’m not interested.

So, when you say you want to meet someone in the real world, this is real world dating. Unless you want just an email buddy or a friend.

I thought you were making a sexual joke.