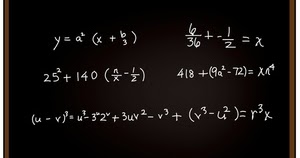 Scroll down past the section on sodium benzoate.

“To make more DJ-1 you can use sodium benzoate (NaB) which is produced gradually in the body if you eat cinnamon. So in theory cinnamon is like sustained release NaB, it is also extremely cheap.”

Sodium benzoate is also cheap, and it is probably better to try sodium benzoate,
which has some studies backing it up, over cinnamon.

Cinnamon buns are common in Sweden and are a Swedish thing to have at coffee break.

We love our cinnamon buns!!!

There are two kinds of cinnamon, if you are going to use a lot, you need to use true cinnamon.

Ceylon vs Cassia - Not All Cinnamon Is Created Equal

Not all cinnamon is created equal. Ceylon (true) cinnamon is healthy, while the Cassia variety can be harmful in large amounts.

(I usually put cardamom pods in my dough as I adore cardamom.

(You can also add grated apple

Or grated marzipan is a delight as filling too.

Melt butter and warm milk warm not hot.37 c
Mix with yeast.
Add rest ingredience for dough (not filling)
Make a dough and let it rise a hour or so.

(Some people put kesella or a egg in the dough)
You decide what you want to add.

Roll one dough out flat and butter it and pour cinnamon and sugar on it and then toll it and cut in pieces and do this with other dough and let buns rise another hour.

There are two kinds of cinnamon

There’s more than 2 and they’re all unsafe when used as medicines so I’m not going to experiment with ceylon.

Sassafras seems safe in foods and beverages if it is “safrole-free.”

However, it is UNSAFE for use as a medicine. Don’t take it by mouth or put it on your skin. The safrole in sassafras root bark and oil can cause cancer and liver damage. Consuming just 5 mL of sassafras oil can kill an adult. Even “safrole-free” sassafras used in medicinal amounts has been linked with tumors.

And OK there are actually a lot of kinds of cinnamon but only a few used in commercial spices.

Go there. Type in cinnamon. Explore all 4 or 5 types. Click on “side effects”.

Sasafrass and cinnamon aren’t the same thing either.

Look. If you want to self experiment with large amounts of cinnamon varieties go ahead. I’m just warning people not to.

Sassafrass and cinnamon are not the same thing. Different plants.

Sassafras albidum †Sassafras hesperia Sassafras randaiense Sassafras tzumu †Sassafras yabei Pseudosassafras Lecomte Sassafras is a genus of three extant and one extinct species of deciduous trees in the family Lauraceae, native to eastern North America and eastern Asia. The genus is distinguished by its aromatic properties, which have made the tree useful to humans.

Perhaps because I’m using the mobile site for webMD, I can’t find long lists of side effects for cinnamon. In fact it says there are usually none, but that large amounts may be harmful. Which is true of anything.

A warning :
In combination with ascorbic acid (vitamin C, E300), sodium benzoate and potassium benzoate may form benzene, a known carcinogen.
(From Wikipedia)
Although to be fair, it says there that it is considered safe.

Here let me google that for you.

Yeah, they recommend you not take it at the same time as high doses of vitamin C, which is probably a good idea.

That’s interesting, although it doesn’t sound very scary, and I’d give a website called cinnamonvogue less credibility than webMD. But they mention a dose of 6 grams which is a ridiculously large amount and would probably make you sick to your stomach, let alone anything else.

A dose of 6 grams is NOT a ridiculously large amount.
We should know exactly what amounts are considered safe,
what is the upper bound.