I'm determined to maintain without meds

Is this wishful thinking? Am I an outlier statistic? I feel like I slept better last night.

If I start de-programming myself from the label it will help too. Because I know that thoughts/beliefs play a role on our perceptions and how we experience reality. Just because I was told I was crazy doesn’t necessarily mean I was, and it’s not like I have ever had an episode as severe. If crazy is subjective than maybe I shouldn’t fall into a trap where I let someone define that for me.

I think we’ve all tried to go without meds at one point or another. It never works out in the end.

yea i’m not gonna go off meds anymore… i hope that it works out for you but i would be very wary of relapses. The meds could work not so well anymore if you have to go back on them later.

Last night I went to bed convinced that I could be miraculously healed from schizophrenia. I had didn’t take Abilify. I was lucid all night in my dreams. The theme of my dream was courage. First, I announced my full name to people around me who didn’t believe I was me, and I was in another reality. Then I stopped a girl from stabbing someone by taking the knife out of her hand. Then I spoke to God who was a black man, and he was just listening. Then I jumped out of a window, and like in the Matrix I levitated at the end, and stood on the ground, while I saw the nature of reality was all just a sort of illusion. And it was the most amazing feeling, because in the dream I was told there is no death. And I felt amazing. I have such symbolic archetypal dreams. And we don’t fully as humanity comprehend consciousness.

I would love to experience more of these ascension type dreams. And if schizophrenia is like a waking dream, perhaps I could transform my more archetypal delusional/non-contextual experiences and immerse myself into a more spiritual life. The theme was courage, courage and strength. And I am a highly spiritual person.

But I don’t want to be fooling myself, and that’s why I posted here. Because while one could interpret it as enlightenment, it could be bad if I really do have a “brain disease” and how do I separate enlightenment from disease of the mind? If the enlightenment corresponds with chemistry or thoughts and beliefs. There are some monks that know how to control their heart beat in a meditation.

It might end badly. It’s typical to feel better after stopping your meds. Most people seem to say that. It just seems like a gamble—where the odds are against you.

I wouldn’t put too much stock in dreams. People who say they have prophetic or profound dreams seem to be “picking and choosing” Sure you might have some dream that is vivid and seems to really mean something when you wake up the next morning. But what about the million other dreams you’ve had where you’re riding a bike through the ocean or flying off cliffs? Even after thousands of years of human existence there is still not really a definitive explanation of what dreams are and how they work.

Just be careful about going off meds and think it through.

It is a gamble true; also the mental health services in this area are under-funded and under-staffed. I like the place where I’m going because the people there are much more nice. The other place was a private-clinic but they were so rude there and the psychiatrists were mean. They kicked me out of their services for missing one appointment on my birthday after the therapist canceled on me when I was on my way to the appointment. So they were hypocritical and rude. I like this place I go to much much more. My dad has been volunteering there and trying to rebuild it from scratch after they were basically going out of business, and he’s been helping improve it like getting funding for rebuilding a crumbling roof etc.

I really do appreciate that I have somewhere nice to go and the psychiatrist I have is really nice and professional. It’s just frustrating because I won’t be able to talk to him for another month and I need someone I can talk to about these things who can present some clarity to me.

It would be nice if I could find a therapist in person. I may look for one today.

I don’t know your situation, but if you do go off meds I would try to get a replacement, like sedative herbs preferably or sedative meds like valium or something like that so your mind doesen’t get overwhelmed. It’s a huge transition for the brain to go off meds, so you need to be well prepared and have multiple options you can try out to keep the mind calm and earthed.

I have had very similar Vision type dreams, mostly when I was in a coma. They were extremely Spiritual, and very archetypal, just as you describe.

When I described them to a guy I used to work with, the first thing he said was “You met your Animus”. This is a term that Carl Jung used to describe Collective Consciousness, or higher reality

I don’t have them anymore, to be honest I wish I did. I never felt more alive when I came out of the coma, even though I was paralyzed from the neck down

As far as the medication issue is concerned, tread carefully. If you decide you really want to do it, which I’m not sure I can recommend, wean down slowly and be alert for any changes in mood and other symptoms.

Modern medication can really wind its way into your brain chemistry, and withdrawal can be quite intense. As others have warned, this can create quite a tragic crash

Yes they are really beautiful. I feel blessed when I have dreams like this. I have been working to recall/write down and memorize my dreams and the more I do this consciously the more they seem to improve. I learned how to lucid dream. It’s an energy-work thing. You can learn it also through hypnosis. I am afraid to see a hypnotherapist because I don’t like the idea of handing over control to anyone. I learned to go into a trance/hypnosis. It can create the ability to lucid dream.

Some other things that have helped me cope/evolve my consciousness have been reading Buddhist/Eastern philosophy like the Tao De Ching, Tibetan spirituality I am definitely drawn to the powers of Tibet. I once held a stone from Tibet before I knew what or where it was, and instantly felt the calling. Like a cool breeze on a mountain, ascension.

It’s not easy, I hope I can overcome some issues. I may not need medication anymore.

That’s also counter-establishment. I would rather stop the medication now than wait, and if I get SSI for the schizophrenia that’s ok but I am not going to be controlled about what I choose to do with my mental health. If I’m improving without meds than that should be a choice. I’m just worried that if I accept the SSI then I could fall into a welfare trap where I am even more afraid to stop the meds because they’ll take away my benefits and if I lose my house then it could just further push me toward the fringes of society.

Private message me if you’d like to chat more. I am fascinated by all the same topics. I’m not sure this convo is okay on the board though

Either way, very best of luck to you

It’s interesting you mention the Stone from Tibet. I was at a yard sale one day, and the lady was selling all of her deceased husband’s possessions except for a few momentos she was going to save.

I picked up his old straw fishing hat, and asked her how much. She said she heard her husband’s voice in her head, saying that the Hat was meant for me. So she gave it to me for free

I still have it to this day 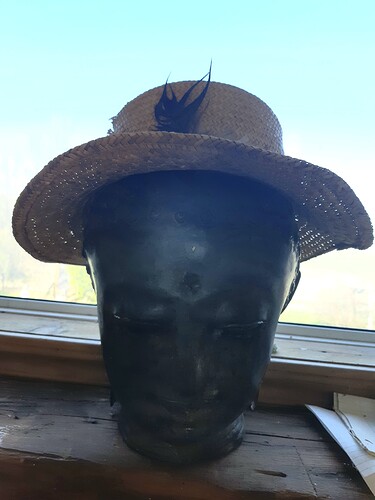 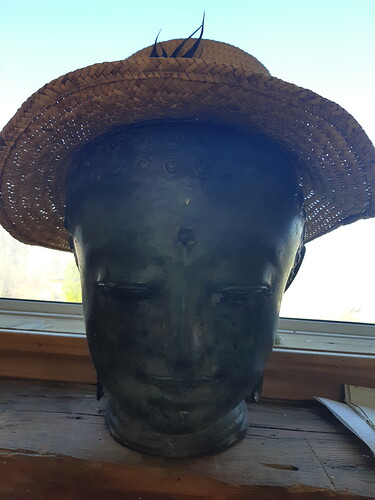 Will disability pay you if you decide to go off your medication? What about 3 years from now? If you manage to still stay off the medication for 3 years are you considered cured and lose your benefits?