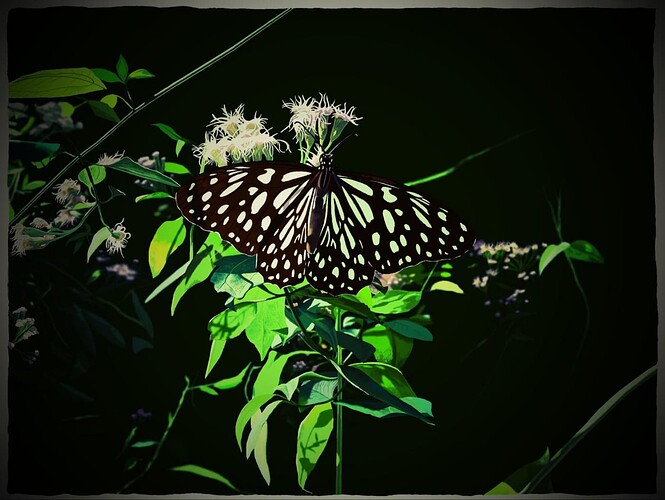 Yet in the walks I used to take, it certainly seemed so.

Contemplated in the days of my youth:

The landscapes, the flowers.

Things I wanted to paint.

Now as an older man I look back and the bubble bursts.

While I wandered the enchanted woods musing, underneath my feet in the damp earth — the rotten, putrid turmoil forever continued:

Government agents were dumping innocent bodies of women and children in South America.

Multinationals were burning huge areas of forest while young aboriginal girls were being forced into prostitution. Colossal machines were ripping giant holes into the planet wrecking eco-systems looking for gold.

I can’t go back to the cosy past of innocence, naivety.

I realize now that we haunt ourselves.

And I want no part of this macho world.

I don’t want to go to the so-called “Valhalla”.

There is just the madman looking back.

He won’t go away.

He has plans for me that’s for certain.

And there is no escape for any of us.

Ignorance is not an excuse.

This is a reality.

He will be coming.

We say people have died; our friends have suffered.

We feel a sense of panic.

But 9 million people were dying every year anyway, a child every 10 seconds.

As we threw out food thoughtlessly and burped.

As a schizophrenic I know that nutty voice, talking to me about it all, is really me.

He is waiting and he will never go away.

But I just feel I have peeked behind the scenes. We all have one.

And we are all responsible. There is no way to break free.

There is one waiting for you that’s a part of you.

Perhaps it scares you when you lie alone in the dark. The dread creeping in.

Mine is just more obvious.

On this finite planet we are approaching everything exponentially.

So as an artist now I want to set up a project where I film myself shitting in my bed every day.