I want to disappear

You can come to the US and marry one of Fiance’s coworkers. I know at least three who keep asking me if I know anyone. They’re not quite millionaires though. Would you settle for a hundred thousandaire?

@Sarad could steal Donald Trump and that would give him the crucial Croatian vote.

(not a Trump fan)

EEWWW even I have some standards!

When I was 20 and struggling with psychosis a lot my teacher said “do you notice Jon always wears his beanie to the side…if he becomes a famous poet then that will be his signature”. Then he said " people with mental illness are often creative and quiet early in life then become famous". He cited lady gaga as an example of someone who was quiet and famous cuz he knew her personally. Then a week later he said “if Jon one day is living on an island sipping dacquaries with a bunch of women…” Then a year later I made sense of the situation and believed the guy and set out to be a rapper…I gave up at one point and was miserable and thought about suing him for damages. He also encouraged me to drink cuz it makes you more creative he said…so if one day I become a famous rapper it’ll all be because that guy…I’ve thought about emailing him and asking what was wrong with him but I decide to only worry about the here and now. Life is fine

Lol I know that, but he does have billions of dollars.

That’s some cool teacher. Yeah I had the one like that. He would drink with us and encouraged us to think open and be free and stuff…than he would kill our hopes at the exam with F’s.

Nope, thanks. He is disgusting.
Besides, I have a Muslim blood. I’m not sure it would work out.

He gave me a’s for no reason until the final exam where he gave me a 50 right as I got psychotic. It was weird times I felt he was ■■■■■■■ with me but now I don’t think so. It was a business class maybe he was encouraging me to do something creative cuz he knew I’d come around

My professor gave me an A…for a reason…

He had those lsd eyes I could spot from a mile away. Us psychonauts gotta stick together. He definitely saw something in me whatever it was

I’m sorry you’re hurtin Sarad. I understand it’s difficult when you’re normal and living in the normal world. It’s hard for us too of course. Pain is pain no matter who it is. It’s tough and I hope you got something from our words.

I feel really old and dead at times.
But it is better than it was couple of hours ago…
Thanks Nick.

I just saw this…You are obviously not a coward. But about the financial, it’s true. I raised my son in my parent’s home and I know how incredibly blessed I am to have had their support. As wonderful as that was, I did get criticism from my siblings, and was looked down on by some people, so it felt shameful at times. But it was necessary. Accepting help and support is not shameful, especially when it’s to benefit your child. Also, my son saw me cry too. He grew up knowing that his mom has feelings and that life is hard sometimes. He saw me survive and he saw that life also gets better. Yours will too

I had suicidal ideation on abilify 5mg

Welcome to the abilify club. 5mg is a low dose, but it gave me suicidal ideation at that dose, everything is OK at 10mg ideation wise. I hope it does the trick for you.

I’ve already lived in a world without color. My Dad didn’t get a color TV until 1981!

That was really helpful…kind of brings me a little peace when I imagine things going the right way… Otherwise… Future seems too scary…with all my dark predictions!

With what you’ve got in one of those “minds,” you should. I had to struggle from 1994 to 2003 with a lot less emotional balance than you appear to have, even with the load you are carrying. I had to find that balance by giving up my belief that I was going to somehow find a rescuer… and by getting closer and closer to a continuing capacity to see, hear and feel what is. I made it. And I am not as intellectually (and otherwise) gifted as you are. You will make it. So will your boy.

Maybe Gurdjieff? He could open the door, at least. To those who live in your part of the world, he makes a lot of sense. 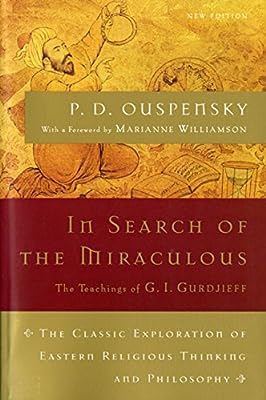 But I am sure there are copies at the U. library. And maybe even in a “better” (for you) language than English.

And do keep in mind that low-initial-dose arapiprasole is associated with induction of anxiety and nihilistic ideation.

You’re a key member of this forum. We need you here.

You will make it.

No one makes it here just by a good will.

That kind of puts more mental pressure…and leaves only a few choices…but I guess it is the whole another topic.

More like a forum’s lump.
That sounds funny in my language.