I own a very intelligent dog

My blue heeler, named Aesop, and I are just sitting here in the wake of a 97’F day. I had been napping on the couch when he brought me his “Kong” treat toy. For fun, I teased him a little by speaking to him directly, asking him what he wanted and how much so. He came up to my face and I gave him a rubbing. We repeated this game for about five minutes until I finally asked to see what was left in his red Kong. There was a bit of cheddar left, which I broke up smaller for him.

Tho I know that Aesop’s vocabulary isn’t as extensive as that, still he loves to be spoken to. And who really knows what all he picks up with his canine brain? Aesop will be 6yo in September. He has been very adaptable all the time I have convalesced from ill health. His breed is also known as Australian cattle dog. His coat really is a weave of blue, white, and toward his paws, some tan, too. Here’s an early pic of him. 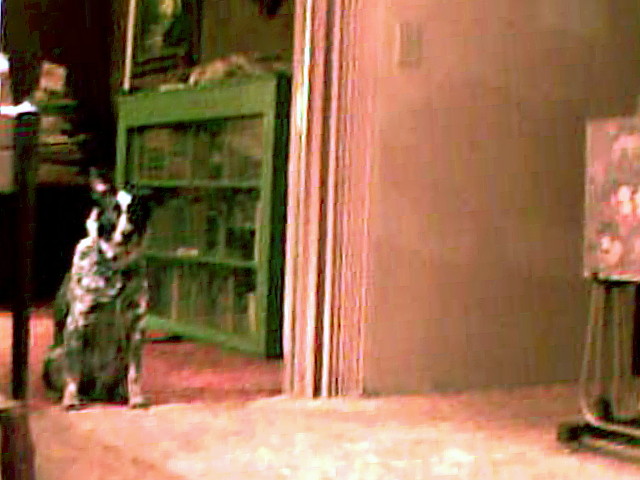 Very cute! Dogs can be uber clever! I’m not a dog person these days but I’ve a smart cat who acts more like a dog! She comes when I call her name much like a puppy will!

Hi, @rogueone. I was told a lot of stuff about his breed, viz that he’s a very active dog, etc. But what I find is that he has been teachable and able to fit with my daily activities, like this forum… Nice about your kitty. What’s her name?

Yeah mate…cattle dogs are great. I had dogs when I was younger and love animals. Got Charlie girl after getting diagnosed. Figured I needed a pet and best thing I ever did!

Yeah, since my recovery, I’m only now beginning to appreciate what’s good around me, like Aesop… Charlie is a great name for a cat

Yeah @Borath. Animals will love you and always be there for you even at your worst. Most people aren’t like that and it’s so important if your mentally ill to have reasons to live. Charlie girl has gotten me through some serious times but she pays that back in spades1

It is true about a dog’s unconditional love… Think I’ll run to the store for some foodstuffs for him and me. Something special for him, too.

Dogs can build up a remarkable amount of vocabulary that they understand. Herding dogs in particular are so intelligent, as much so as a human child. I have so much respect for these dogs.

I’m so happy you have a cool dog like Aesop to comfort and protect you @Borath.

My cat has renewed my faith in life. Haha.

Nice @Borath what a beauty. Not only can many dogs acquire an extensive vocabulary they can be very astute to visual commands. My friend had a yellow lab and if she pointed her two fingers at her own eyes then pointed at a person that lab would watch that person like a hawk.

Hi there. Did you guys decide on what breed to buy? Pugs are very cool, as Moonbeam suggested. There is another one, a cross between pug and beagle, called “puggle.” It hasn’t been around very long; sort of a new experiment. What would you think of this? 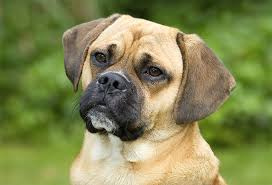 I do love pugs but my parents didn’t want one. I also recommended a beagle but they didn’t want any hound dog because “they stink and are noisy”

I have a cat like that too. Talk about smart!

Beautiful dog!
Wish u could see mine but I don’t have a pic of her…
She’s much smaller and not that smart… But she is amazing!