I need help. At which point does solipsism become a delusion

Sorry to bring up once again the issue of solipsism but it’s something I need to get out of my system in order to be able to move on. If I weren’t a psychological solipsist I would not be a metaphysical solipsist, let alone believe I was sent by God and tricked into co-creating the universe. The intensity of the latter beliefs waxes and wanes but the solipsism part never fully goes away. Thanks for any input you may have.

When you exclude other people, we’re all still real, don’t forget

@Dizzy I guess that’s the key point, and I do tend to believe that other people aren’t real except as projections of myself. There is something fake and toylike about other people. Maybe this is a common perception and not a delusion at all. Thanks for your comment.

Yeah we’re still here with you

" What if those afflicted with these alleged delusions actually see reality clearly? According to the [Buddhist doctrine of anatta], the self does not really exist." The article also normalises solipsism in the context of ordinary existential concerns. I’m not sick. 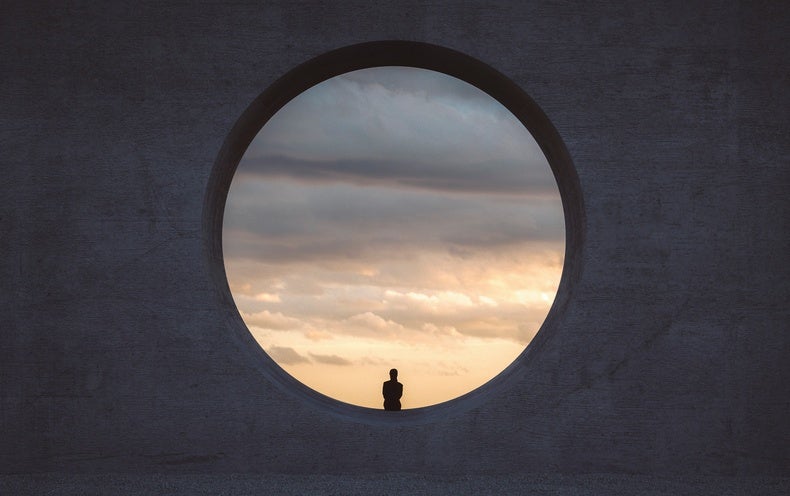 How Do I Know I’m Not the Only Conscious Being in the Universe?

The solipsism problem, also called the problem of other minds, lurks at the heart of science, philosophy, religion, the arts and the human condition

When it interferes with your life.

But what if I’m unable to assess whether it is affecting my life?

Yesterday, you posted about rain being caused by prayer and to stop it; so it is not just solipsism is it?

Solipsism might be legit, but the article doesn’t convince me either way and I don’t have interest in reading it.

I believe we live in a matrix, but I think you’re a lot like me. Maybe there’s some truth to our thoughts, but it’s not necessarily beneficial to us to think or obsess about it unless we win that Nobel Prize or move on and learn and recover from it.

If we truly live in the Matrix, it’s a brain in the vat sort of thing, and thus solipsism is true, but then it wouldn’t be simply 1 or none “real” conscious beings. It would be like a video game like WoW or more acurately the SIMS where some people are NPCs (no consciousness) and people like me and perhaps you with consciousness. It gets complicated given the size and scope of the universe and reality, but I don’t know. I hear things like we conquered the galaxy and theres aliens everywhere in the SSP and then I been a part of this and listen to testimony but then I realize and believe we might live in the matrix – unless I am confused and wrong. It definitely feels that way. We could build an artificial world just like the movie – just copy it.

Then you got pzombies or philosophical zombies which I encourage you to look up if interested.

If you cannot tell if it’s affecting you, it might be a lack of insight. Most people can work and still think about such things occassionally while at cocktail parties and then move on and enjoy and live life. Apparently, me and you cannot. That’s the difference and the sign here.

This is probably silly and offensive and even creepy, but I tried building a universe in a past life to get a girlfriend. This was a long time ago. To escape the simulation and go a level within. I don’t remember much or how but it would be like hacking the universe, not inception. It would be like hacking the electricity + quantum mechanics sort of thing. I feel like despite the craziness and pseudoscientificness of “electric universe theory” it might have some validity if we live in a matrix + quantum is everywhere and I believe is a part of electricty. So there’s that. They didn’t want me to build a simulation and be a computer simulator in a past life. I am no longer that creepy or desperate. I’ve had girlfriends in my past lives in parallel universes and since then am no longer lonely and I’m definitely happy and content being single for the rest of my life. I am no longer the mad scientist type LOL.

Well, when a person starts believing the devil causes things to happen you are entering a world of psychosis and delusion imho.

If you can’t let go of a theoretical philosophy and intellectualise it too far in that you apply it, thinking there won’t be consequences in the real world it could be a dangerous path.

You are over thinking and ruminating needlessly and pointlessly. It serves no purpose in the real world where you eat, feel and sleep. Racing thoughts and hyper thinking are all signs of psychosis.

Time to learn to meditate slowly and peacefully and slow those thoughts altogether. Perhaps, if you cannot function in the real world possessed with such thoughts then the meds might help.

If the fabric of reality has become too blurred, don’t you think you are entering mania or other things of such ilk?

I also have solipsism all the time. It doesn’t cause anxiety anymore

I thought I had mild or beginnings of cotards syndrome and solipsism syndrome from being in outer space too long like on Mars and the moon. Don’t know or could care less. Getting better.

Solipsism shouldn’t matter unless it’s pathological and causes psychological distress then it should be treated with therapy and perhaps medication. Unfortunately, APs can and sometimes increase DP/DR and increase dissociation which increases solipsism and it never really heals until you get the anxiety under control, accept the way things are philosophically, and move on, and stop ruminating, etc.

If you cannot tell if it’s affecting you, it might be a lack of insight.

It might be, or perhaps my preferred lifestyle makes it hard to tell.

It doesn’t cause anxiety anymore

I’m getting to that point too, but it remains to hard to explain it to others without sounding delusional.

It’s something that makes absolute sense in your mind, but sounds weird even when you say it out loud

One of my tattoos says “Solus Ipse”, a friendly reminder that all is a mental construction and a joke