I just send a text

I sended a text to my therapist, I’m waiting for an answer, join me and keep me company.

Do you ever worry you’re not seeing the “real reality”?

Sometimes when I am out and about I wonder if anything is real or a dream, but then I remember my dreams are pretty spectacular and not at all realistic and this helps ground me.

Do you have any ideas what the real reality may be like if it exists.
I kind of hope we just die and that’s it. Unless heaven feels real and is real and not like some dream like state

die and that’s it.

If you want to talk religion, pm me.

‘Out of character’
In what way?

I sometimes feel like i have depersonalisation have you heard of it.
In this you feel like something is taking over you

Yes I did. I’m learning about it in school next year

is taking over you

I’m not like that, just some anxiety combined witha delirium feeling

Well I had drugs one night and with alcohol. In 2016.then 4 months later I got delusional and a bit later the voices came in. I had a relapse last year…
What about you. I read somewhere you study medicine? That’s hard work unless I got that wrong.

Did you ever do drugs

Tried some, never liked them

That’s a little time ago.
4 months is a good time until you’ve searched for help. Some go years and they’re prognostic isn’t that good

So I’ve heard the longer it’s left untreated the trickier it may be… Unfortunately I didn’t get treated til months. What about you. And do you think it was drug induced. Or does it also run in your family.

run in your family.

No way. In retrospective 2 years after I got dz with psychotic disorder not sz (so I got that going for me) I realise I was always prone to it.

Was yours drug induced?

Cool that’s good you’re not szc then. Nice one.
Tbh idk if the drugs contributed the doctors say its possible… I was also very chronically stressed at the time and an uncle has something idk if it’s psychosis or scz…

As well, take a picture if you can. I love food 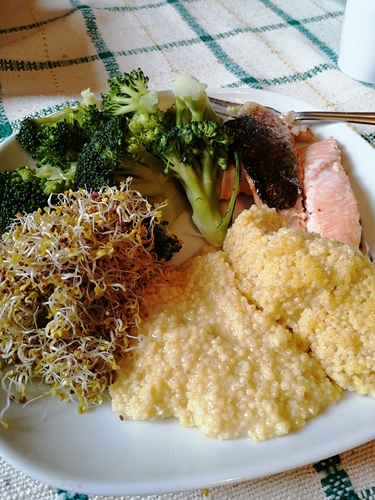